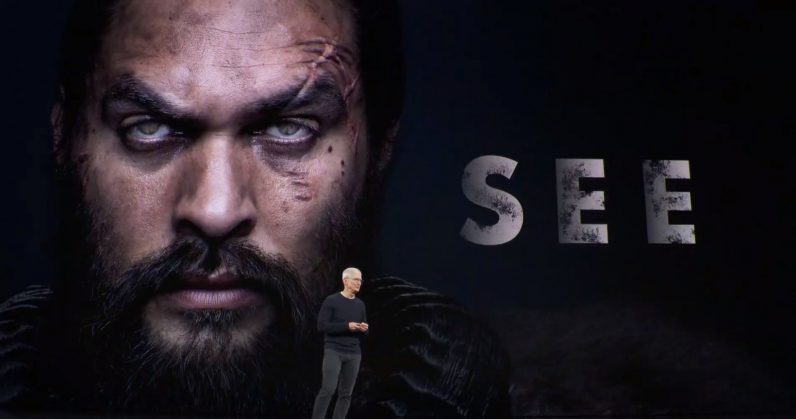 Apple has announced that it will begin streaming some of its original content for Apple TV+ starting November 1 for $4.99 a month, undercutting rivals like Disney, Netflix, and Amazon.

The company took to the keynote to preview Jason Mamoa-starrer See, which joins For All Mankind, The Elephant Queen, Dickinson, The Morning Show, among other shows available exclusively as part of the tech giant’s roster of original programming for its video streaming service.

Apple TV+ is expected to launch in over 100 countries, with up to six members eligible to share one subscription at no extra cost. To sweeten the deal further, people purchasing a new iPhone, iPad, or Apple TV in the coming weeks will get a whole year of subscription for free.

Should you choose to become a subscriber, you can access Apple TV+ originals both online and offline, ad-free and on demand, on the Apple TV app, which comes pre-installed on iPhone, iPad, Apple TV and iPod touch, and on Macs with the forthcoming macOS Catalina update.

The Apple TV app is also available on select Samsung smart TVs, and is expected to come to other platforms like Amazon Fire TV, LG, Roku, Sony, and VIZIO in the future.

In a surprise move, you can also watch Apple TV+ at tv.apple.com on the web via Safari, Chrome, and Firefox.

Here’s how Apple’s service compares with the competition:

“All of these originals for the price of one movie rental. That’s crazy,” exclaimed CEO Tim Cook on stage during the keynote.

But this also misses the point that Apple TV+ is launching in an extremely crowded streaming market dominated by major players like Netflix, Amazon, and Hulu, not to mention upcoming entrants like Disney+, AT&T’s WarnerMedia and Comcast-owned NBCUniversal.

Apple has reportedly invested over $6 billion beefing up its content slate that includes a mix of “family-friendly” TV shows and movies.

But the company has also had some stumbles along the way, dropping an adapted drama series starring Richard Gere. Also worth mentioning is the fact that Apple is just starting from scratch and lacks a vast array of popular content like its rivals.

Sure, subscribing to yet another service may not be appealing to everyone — which is why Apple is largely betting on its aggressive pricing and a star-studded lineup of original content to attract subscribers and build its user base.

By charging next to nothing, Apple is also taking a page out of Netflix’s playbook: get users hooked into the platform, and then expand its video library to justify a price increase in the future. Plus, the more the subscribers for its digital subscriptions business, the higher the chances that they’ll stick with the Apple ecosystem.

While Disney has the best chance of catching up to Netflix because of its extremely popular catalog — including films from Pixar and Marvel — Apple TV+ has the reach and scale to its advantage.

With over a billion active Apple devices worldwide, a free trial for new iPhone and iPad buyers, and a November soft-launch across 100 markets, TV+ has the potential to take off if it plays its cards just right.