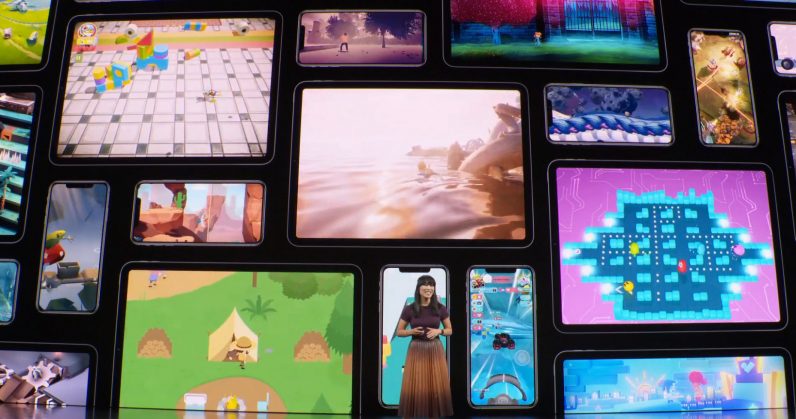 Apple today revealed more about its upcoming Arcade game service as part of its iPhone 11 event — namely that the service is closer to launch than we ever realized. It’ll launch in over 150 countries on September 19.

It also revealed its price point: $4.99 for the entire family. You’ll also have access to a free trial, and the service will have 100 games at launch. Arcade will now be in its own tab on the App Store, and visiting it will give subscribers access not only to the games, but to game recommendations, trailers, and guides.

Apple also revealed several of the games that’ll be available to Arcade users that have heretofore not been seen. My favorite has to be Frogger in Toytown, which looks like a cartoonish take on the classic game, but we’ll also be seeing Shinsekai: Into the Depths and Annapurna’s pop rhythm game Sayonara Wild Hearts.

Arcade is Apple’s big push into the gaming world — the company was insistent during the show that no company has ever launched a platform with so many games available. Apple has shown it’s willing to both compete with the industry stalwarts and incorporate their controllers into its system.

The price is also pretty competitive, which will help put it ahead. Most services are currently launching — or have already launched — their own subscription services. Nintendo, Xbox, PlayStation, Google and others are already battling Arcade for gamer’s exhausted coffers, but such a low price might tempt them to invest in one more.

Many of Arcade’s games will be exclusive to the platform. Subscribers will be able to use Arcade on mobile devices, desktops, and TVs.