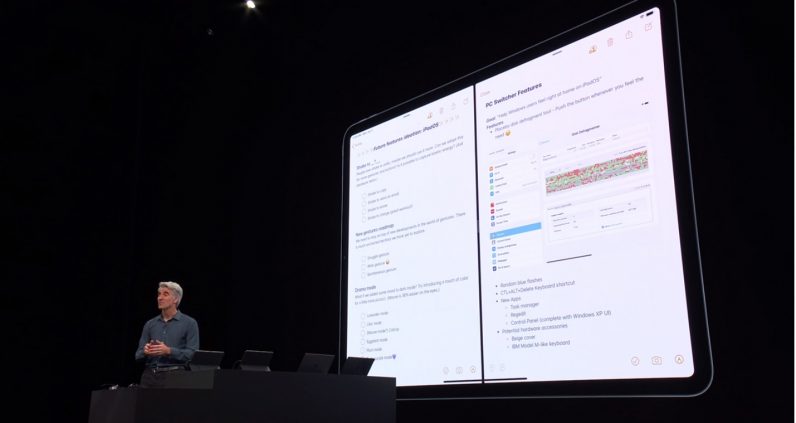 Apple today announced iPadOS at its annual WWDC event. The new operating system comes with a plethora of updates over iOS that bring the company’s popular slab almost on part with laptops.

First up, the iPad will get a new split-screen apps feature that brings side-by-side launching of apps – including duplicate apps. Apple promises this will work with third-party apps as well. The new OS will also include drag-and-drop support between open apps.

The new OS also introduces the ability for iPad users to pin widgets directly to their home screen and several other quality of life upgrades including the ability to “fan out” apps at the bottom of the screen and easily scroll through by swiping along the bottom of the screen. It seems like a small thing, but it appears to work very intuitively, which should result in less time spent navigating through screens for those who work with multiple apps at once.

Apple also announced that iPadOS would bring USB-support to the iPad. This knocks down one of the last barriers to adoption for many holdouts – musicians come to mind.

iPadOS is available for developers in beta starting now, the public version drops in July.

Read next: Apple finally reveals its new Mac Pro worthy of the name