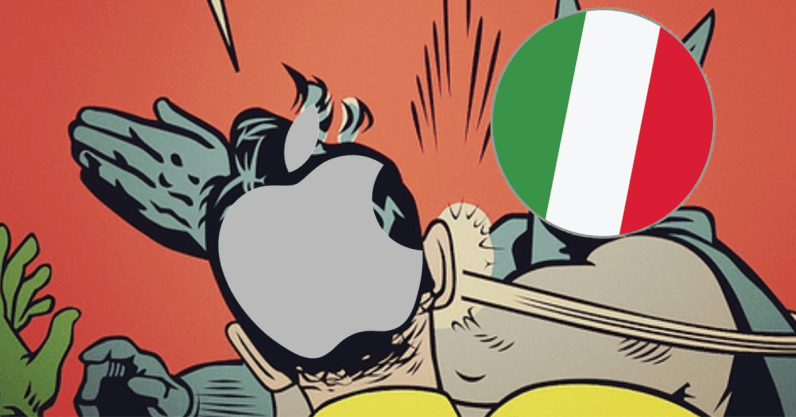 In addition, the agency stung Apple with a further €5 million fine over complaints it failed to provide end-users with clear information about how to maintain and replace failing batteries.

In a statement published after the verdict, and translated by Reuters, the agency said that certain firmware updates from the two manufacturers “had caused serious dysfunctions and reduced performance significantly, thereby accelerating the process of replacing them.

The investigation and subsequent penalty came after the agency received a bevy of complaints from Italian consumer groups over claims that software updates were hampering the functionality of phones, and were a covert strategy to force consumers to upgrade to newer handsets.

Consumers weren’t imagining their phones getting slower. Last year, Apple was forced to apologize to consumers after it admitted throttling the performance of older phones. According to the company, this was to prevent unexpected shutdowns on phones with batteries that had degraded with use.

In response, Apple said it would temporarily lower the cost of battery replacements, and give punters better tools to gauge battery health.

The decision to fine Samsung is a bit of a puzzler, as the performance impact of its updates hasn’t attracted nearly the same level of criticism as Apple’s. When it comes to the Korean giant, the most significant area of contention is the relatively slow pace in which it updates users to the latest-and-greatest version of Google’s mobile operating system. This is common across most smartphone manufacturers, and has lead to fragmentation across the Android landscape.

Regardless, €10 million and €5 million for Apple and Samsung respectively is nothing. It’s chump change. Assuming both companies don’t immediately contest the ruling, they’ll easily be able to absorb this hit and carry on as if nothing happened.

Read next: Score NordVPN, one of the most highly rated VPNs, for a limited time discount