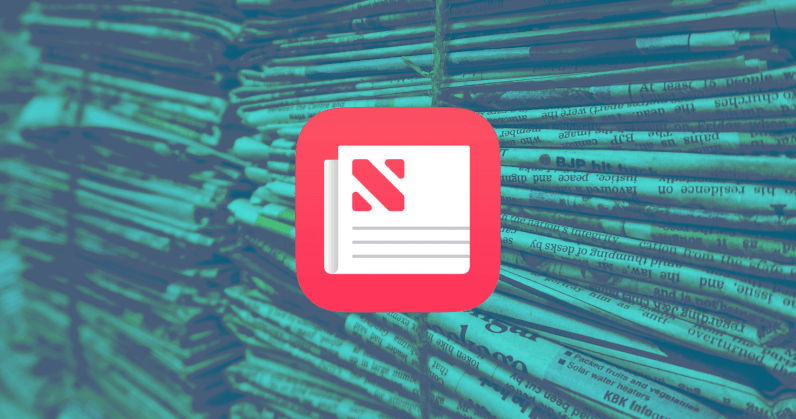 Apple is making a play at the publishing business. In March, the company acquired Texture, a subscription-based magazine reader that charges a flat fee to read all the included content you’d like. Texture already features some of The who’s-who in publishing, including National Geographic, People, Wired, and The New Yorker. Now, it’s trying to woo traditional newspapers like The New York Times, according to a report byRecode.

Instant Articles was a grand experiment in which publishers ceded control to Facebook in exchange for added reach. Allowing the world’s largest social network to toy with your content, and track your visitors, was a small price to pay for the opportunity to attract, potentially, millions of new ones. Getting a cut of ad revenue was nice too, although that didn’t really go as planned, either.

According to a report in Columbia Journalism Review, more than half of all publishers that boarded the Instant Articles train have since abandoned it.

Memories, though, are short. We seem dangerously close to trying the same thing all over again, but this time with Apple.

The need for these kinds of arrangements is clear: Publishers rely on increasingly small pieces of the pie to fund huge operations, sometimes with thousands of reporters. Finding distribution helps to ease some of that concern, but only if the platform offering it has a plan to make up the revenue loss that comes with turning away from their own monetization strategies, such as subscription or ad-supported models.

The New York Times, for example, dropped out of Facebook‘s grand experiment in 2017, citing a business model that relied on subscriptions, not clicks. The Wall Street Journal seems to have ceased using it as well. The Guardian pulled out last August. BBC News,  National Geographic, and others are hanging on by a thread — although it’s unclear at this point if they’re using the publishing tools at all. The vast majority of their posts suggest not.

Apple has money, sure. It also has the distribution network to woo publishers. But 1.3 billion active devices does no equate into 1.3 billion potential new readers. Even if Apple were to make Texture free, that’s not to say anyone would take advantage of it. According to Apple, only 60 million people use Apple News each month.

With 1.3 billion devices in the wild, that’s just five percent of Apple users that take advantage of a free program that comes pre-bundled in every version of its mobile operating system since iOS 9.

Five percent isn’t nothing. And 60 million sure sounds like a lot of users. But as with all things, publishers aren’t just competing with other publishers, they’re competing for attention with social media apps, games, email, YouTube, and dozens of other timesinks.

At the end of the day, added reach might not justify the cost of shifting business models. When you figure in concessions on monetization streams and ad revenue splits, the same deal starts to lose its luster.

Facebook, the only similar program we can compare this to, takes 30 percent for ads it sells. Ads the publisher sells are pure profit, a good deal before you consider the terms can change at any time — even after investing millions for an Instant Articles-specific content strategy.

Looking for a best case scenario, it’s this. The deal delights users, and leads many to subscribe to publishers they weren’t willing to pay for on their own. But even in the best case, the deal looks like a dud.

Using a similar model to Spotify, Texture works like this. Publishers allow users to new content on the app, without digital ads, or paywalls. Texture can monetize however it sees fit, which is currently a $10 a month subscription. On the backend, complex tracking systems are in place to see which articles users are reading, and payouts are made based on splitting the revenue pie, or part of it, between all the publications based on which were responsible for the most views.

This, as we saw on the internet in the late 2000’s and early 2010’s, was the precursor for clickbait, and an overall drop in the quality of content you’d find online. Other factors, like the ease of setting up your own website, contributed, but the rise of social media and the battle for attention online ultimately led us to this point.

I can’t envision a scenario where publishers competing for an even more limited set of eyes, and getting paid based on how many of them view their content within an app, makes the situation any better.

Read next: Putting more plastic in the ocean might actually be a good thing