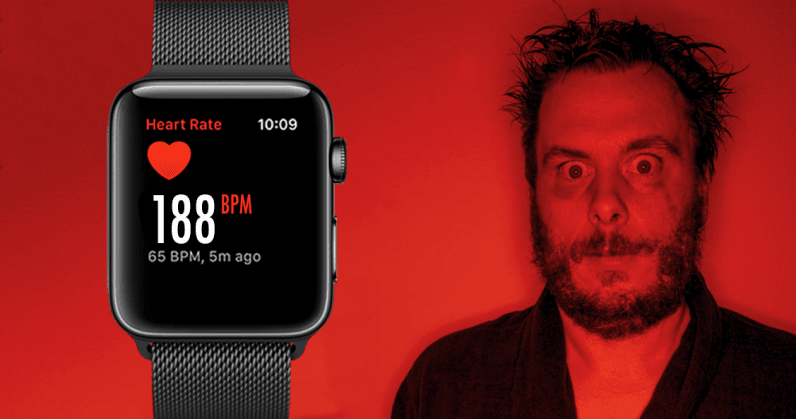 Apple and Fitbit both like to tout the potential health benefits of their wearable devices. For a few hundred bucks, users get access to a number of sensors that chart and track everything from blood pressure to caloric intake. For some, wearables provide much-needed encouragement to get off the couch to hit their daily fitness goals. For others, the devices act as an overpriced monitor to ensure your heart doesn’t explode after snorting your eighth line of blow.

“My heart rate only gets to 150 if I’m running, like really intense physical activity,” Owen (not his real name) told CNBC. “If I’m in a really stressful work meeting, I might get close to 100 or 120.”

For Owen, who is presumably a healthy adult male, his average heart rate should be approximately 60 to 100 beats per minute (BPM). But in a period of inactivity, his rate spiked to around 150: the equivalent BPM of a Drake song, only without the Oedipal vibes.

Cocaine causes these spikes in heart rates by tricking the brain into opening the flood gates and pouring in more dopamine. Dopamine is a feel-good chemical, the same one responsible for the adrenaline rush after near-death or other extreme experiences like skydiving or deleting Drake songs from your girlfriend’s Spotify playlist. Cocaine use also causes an extreme increase in resting heart rate, which accounts for more than 5,000 deaths a year.

In cocaine users, even casual ones, overdose deaths are generally attributed to strokes, heart attacks, and angina — an inadequate blood supply to the heart. All of these symptoms produce an increase in heart rate.

For Owen though, he does what he can to stay safe. And part of that plan is now wearing his Fitbit whenever and wherever he parties.

He’s not alone. CNBC also interviewed Nick (not his real name), a 23-year-old restaurant worker who uses his wearable device to know when to skip a turn on the snowflake express. “Drugs are basically the only reason I wear a Fitbit,” he said in a Reddit post. “I want an early warning system for when my heart’s going to explode.” Fair enough.

In a world consumed by technology, it seems only natural that users are disrupting even casual drug use with electronic devices. Hell, there’s a YouTube channel devoted to just that.

DrugsLab has half a million subscribers on YouTube and exists solely to feed one (or more) of three hosts full of drugs while monitoring their heart rate and body temperature on a board behind them. It’s like esports, only I’d actually watch it.

The goal of the channel, besides getting stoned for that sweet, sweet ad revenue, the hosts say, is to promote drug education for millennials.

Still though, it’s doubtful we’ll see a world where your cardiologist is willing to sign off on the practice.

As for Apple and Fitbit, we couldn’t reach either for comment on this story. But, presumably, this falls well outside the scope of their internal testing.

Note: Please don’t rely on wearables to keep you safe during drug binges.

Read next: This is Microsoft's $400 Surface Go