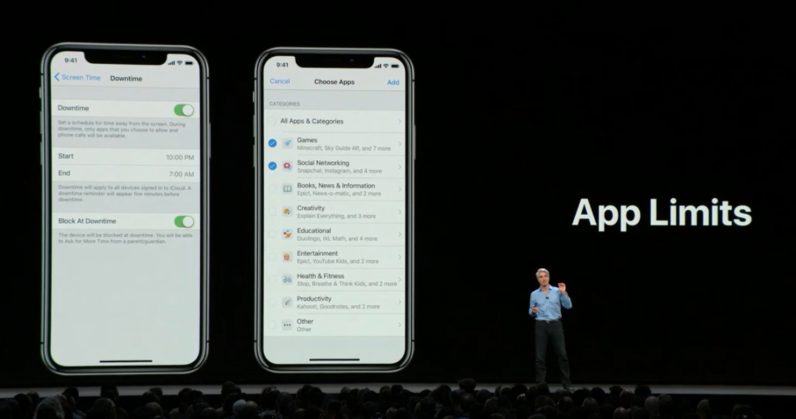 Earlier this year, Google announced a big update to Android’s Do Not Disturb mode to help you spend less time distracted by your phone. At WWDC, Apple is making changes to iOS along the same lines.

Perhaps the most notable new feature is the ability to limit how long you use individual apps. Not only can you see the time you’ve spent on individual apps, but you can set time limits as well.

Say you don’t want to spend more than an hour on Instagram per day. Set a limit and Apple will send a full-screen notification when time is up. Better yet, it syncs across your other iOS devices, so you can’t cheat that way.

Unfortunately, it doesn’t seem you can set a hard limit. As far as we can tell, it’s pretty easy to extend your time after you receive the notification to stop there’s an ‘ignore limit’ prompt right on the alert. Still, it’s meant to be more of a deterrent than a permanent measure.

Parents will also be happy to know they can apply similar allowances to their kids’ devices. Parents can limit how much time their kids spend in some apps, while allowing others – like educational apps – to be used unfettered.

It’s a small but important update. The average person will spend nearly two hours on social media apps (including YouTube) every day, and that number is expected to increase. Tools like these could help us buck that unfortunate trend.