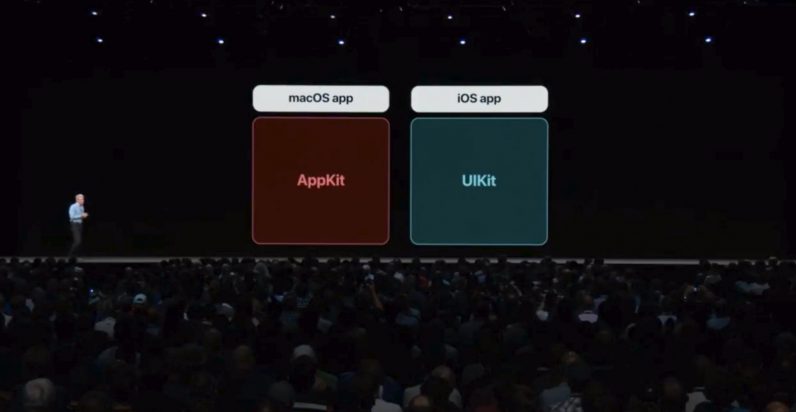 At WWDC 2018, Apple announced it would bring UIKit support to the Mac, making it easier to port iOS apps to a desktop environment.

If that sounds familiar, it’s because we’ve been hearing about it since at least late last year, when a Bloomberg report detailed something called Project Marzipan at the time:

“…software developers will be able to design a single application that works with a touchscreen or mouse and trackpad depending on whether it’s running on the iPhone and iPad operating system or on Mac hardware, according to people familiar with the matter.”

And that’s pretty much what happened, though it’ll take a while for the full functionality to roll out.

UIKit is the interface framework for iOS apps, whereas Mac apps have traditionally used the aging AppKit. By bringing UIKit support to the Mac – and it’s keyboard+mouse interface – it makes it easier to port apps from one device to the other

In case you were wondering if this is a sign Apple is planning on combining iOS and macOS, the answer is no. Apple has previously stated that there are no plans to combine the two operating systems, and did so very explicitly during this year’s keynote too.

Still, it means that future apps are more likely to show up on both platforms. You’re going to have to wait a while though; while Apple is testing UIKit with some of its own macOS apps, third-party devs won’t be able to try it until 2019.

Read next: GitHub's new CEO isn't asking for your trust, he plans to earn it