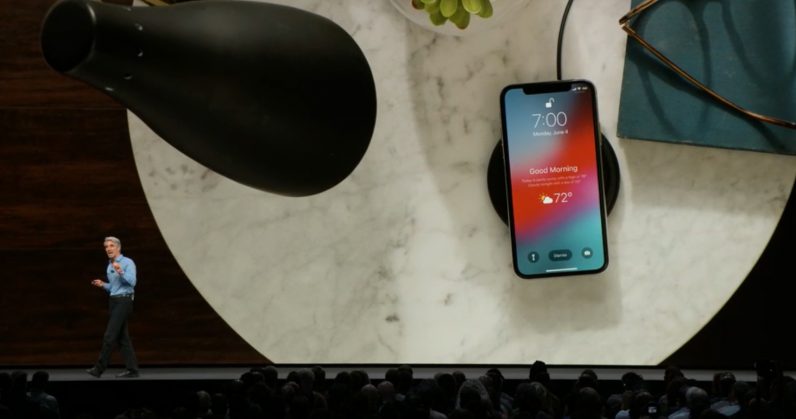 Apple today announced several apps and features to help users manage their time, improve their focus, and cut down on excessive notifications.

Craig Federighi, Apple’s senior vice president of software engineering, revealed the new features to the audience at WWDC. He framed them in terms of apps which distract users, and how Apple is helping combat them.

For starters, Apple is helping slim down your notifications by adding support for grouped notifications. You can group them together by app, topic, or thread. You can also manage multiple notifications at once by swiping on the notification group. Granted, this is a feature Android users will already be familiar with, but it’s undoubtedly a boon to longtime Apple users (myself included) who’ve had to deal with a solid wall of notifications from a single app.

It’s also beefing up Do Not Disturb with several new options, including bedtime options and specific snooze times. For example, when you set Do Not Disturb during bedtime, it blocks notifications until you tap the phone in the morning to let it know you’re ready to receive them. Also, and perhaps more useful, you can set specific ending criteria for DND when you tap it in your control center. In particular, you can set DND to end when you leave a particular location, or when an event ends in your calendar.

In case all this sounds familiar, it’s somewhat like Google’s new DND features for Android, Shush and Wind Down, which it introduced earlier this year at its I/O conference. Those were also geared towards helping users wind down before bed and provide them with a comprehensive breakdown of what they missed.

The language used to introduce the features was even more similar than the features themselves, Federighi spoke of apps that “beg us to use our phone, when we really should be occupying ourselves with something else,” and the fear of missing out that compels us to respond. This is very similar to Google’s Digital Wellbeing Initiative, also revealed at I/O, which aims to help users put the real world ahead of, or at least on par with, the digital one on their devices.

Read next: Apple's new 'Memoji' lets you create your own personalized Animoji