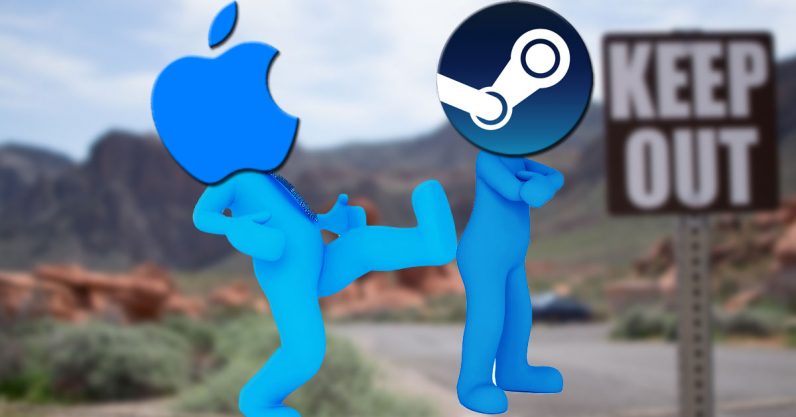 What is it: Steam Link is an app that lets gamers stream PC games to their phones. It’s currently available (in beta) on Android. We originally reported that an iOS app was in the works – and it was – but now that’s not happening. According to reports, Apple blocked the app due to “business conflicts with app guidelines.”

The impact: At least six people use iPhones (kidding, it’s actually more like 700 million). And none of them have access to the Steam Link app now, which is a shame. Because, as my colleague said, it works like a charm.

In less than five minutes I was able to install the app, access my account, and stream Spec Ops: The Line to my Samsung Galaxy S7 with no problem. The gameplay was smooth, the graphics were perfect, and I look forward to spending more time streaming games to my phone while I’m supposed to be working. Unfortunately, iPhone users can’t join in my revelry.

According to a report from Reuters, Valve spokesperson Doug Lombardi says:

The team here spent many hours on this project and the approval process, so we’re clearly disappointed. But we hope Apple will reconsider in the future.

Read next: Stormy Daniels is adding cryptocurrency to her website — and it isn't Verge