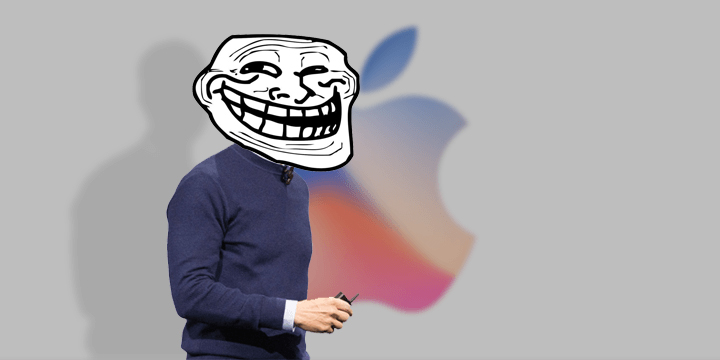 A recent memo detailed the lengths to which Apple is willing to go to stop employees from leaking information about upcoming products.

It’s an on-going problem. Last year’s iPhone X launch, you might remember, was spoiled by a leak to Bloomberg’s Mark Gurman. And while that may have been the largest, it certainly wasn’t the only leak Apple had to deal with. All told, the company caught 29 leakers last year, all of whom were fired. 12 were arrested.

Some employees, however, didn’t seem to get the memo. But the press did, right after an Apple employee leaked it to Bloomberg.

Last month, Apple caught and fired the employee responsible for leaking details from an internal, confidential meeting about Apple’s software roadmap. Hundreds of software engineers were in attendance, and thousands more within the organization received details of its proceedings. One person betrayed their trust.

The employee who leaked the meeting to a reporter later told Apple investigators that he did it because he thought he wouldn’t be discovered. But people who leak — whether they’re Apple employees, contractors or suppliers — do get caught and they’re getting caught faster than ever.

In many cases, leakers don’t set out to leak. Instead, people who work for Apple are often targeted by press, analysts and bloggers who befriend them on professional and social networks like LinkedIn, Twitter and Facebook and begin to pry for information. While it may seem flattering to be approached, it’s important to remember that you’re getting played. The success of these outsiders is measured by obtaining Apple’s secrets from you and making them public. A scoop about an unreleased Apple product can generate massive traffic for a publication and financially benefit the blogger or reporter who broke it. But the Apple employee who leaks has everything to lose.

The impact of a leak goes far beyond the people who work on a project.

Leaking Apple’s work undermines everyone at Apple and the years they’ve invested in creating Apple products. “Thousands of people work tirelessly for months to deliver each major software release,” says UIKit lead Josh Shaffer, whose team’s work was part of the iOS 11 leak last fall. “Seeing it leak is devastating for all of us.”

The impact of a leak goes beyond the people who work on a particular project — it’s felt throughout the company. Leaked information about a new product can negatively impact sales of the current model; give rival companies more time to begin on a competitive response; and lead to fewer sales of that new product when it arrives. “We want the chance to tell our customers why the product is great, and not have that done poorly by someone else,” says Greg Joswiak of Product Marketing.

The memo is a lengthy one, and this is just a snippet of what’s included. It goes on to say that leaks carry “serious consequences” and that journalists are essentially leeches that want to befriend tech employees only to leak information ascertained from these marks.

Maybe you can hear my eyes rolling, but I don’t know a reporter that would sacrifice a source’s anonymity (thus risking their job or freedom) in exchange for a story. Responsible reporters consider the well-being of a source first. A single story isn’t nearly as valuable as a trusted individual inside a company like Apple, after all. And trust works both ways.

It wraps up with this:

While they carry serious consequences, leaks are completely avoidable. They are the result of a decision by someone who may not have considered the impact of their actions. “Everyone comes to Apple to do the best work of their lives — work that matters and contributes to what all 135,000 people in this company are doing together,” says Joswiak. “The best way to honor those contributions is by not leaking.”

I have a different solution for Apple, one that could minimize future leaks. Perhaps the company could take a look at its slogan and “Think Different,” especially in how it works with the press. When Apple PR won’t engage with most members of the media — instead subscribing to a walled garden approach in an attempt to control the message — it leaves reporters hunting for this information on their own.

When reporters go digging for information, Apple shouldn’t be surprised when they find it.

In a Leaked Memo, Apple Warns Employees to Stop Leaking Information on Bloomberg

Read next: How to check your Mac for 32-bit apps before Apple kicks 'em to the curb