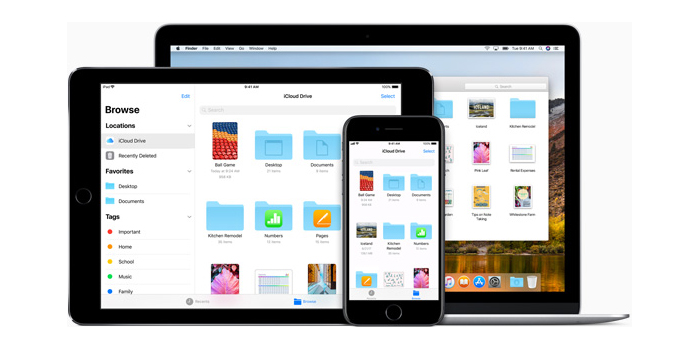 Bloomberg reports that next year, Apple will set in motion a plan to support apps that work across iPhones, iPads, and macOS desktops and laptops, without the need for multiple versions.

The project, which is codnamed ‘Marzipan’, is expected to be announced at Apple’s next Worlwide Developer Conference (WWDC) in June 2018. However, plans for Marzipan are still fluid, so it isn’t exactly what the workflow for developers will be like just yet.

There are a number of reasons why this could make sense for Apple, its developer community, and its customers. For starters, it’ll be easier for developers to reach more users across devices, since they’ll only have to build a single app for both iOS and macOS. It’ll be interesting to see how this pans out, especially when it comes to delivering optimal performance on both platforms with a single code base.

That also means fewer versions to support and maintain over time, and a single price for its products for those platforms. Of course, they’ll need to experiment with pricing and subscription models in order for this to make sense in the long term, but there’s tremendous value in getting your users into your ecosystem on multiple devices, so the exercise will likely be worth the effort for most developers.

Users will benefit from not having to familiarize themselves with different apps and interfaces to accomplish the same task on various devices: for example, if you know how to create graphics on your favorite iPad app, you’ll be able to directly transfer your skills, knowledge, and workflow to your powerful desktop for when you need a larger screen.

They also won’t have to deal with slow update cycles on either platform. A single release from a developer will bring the latest features to their apps on both iOS and macOS, allowing for a better user experience on both.

Project Marzipan could also give Apple a serious edge over its competition, aka Google and Microsoft. While both rivals have experimented with support for cross-platform apps (Google’s got closer with Android apps that run on Chrome OS-equipped Chromebooks), Apple seems better poised to make it happen for real, and on a larger scale than the other two, thanks to greater control over how its operating systems and hardware work together. The company already offers Handoff and Continuity features to let users seamlessly transition their work from mobile to desktop devices, so it won’t be surprising to see Cupertino pull this off in the near future.

Read next: What's right and wrong about Apple slowing down iPhones with aging batteries