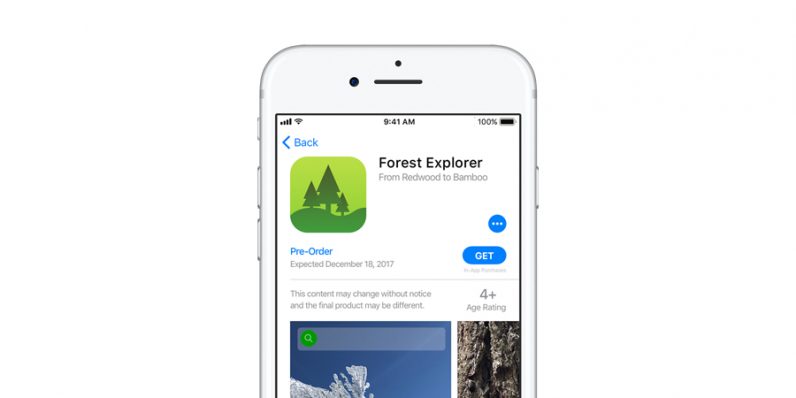 Apple took to its Developer portal to announce that it’s turned on pre-orders in the App Store, so app makers can promote their new apps before they launch.

Customers can see your product page and order your app before it’s released for download. Once your app is released, customers will be notified and it will automatically download to their device.

The idea is to make it easier for developers to drum up interest in their upcoming apps and reach potential users more effectively: if you’ve got an app that’s nearly ready for launch, you can set up a pre-order page in the App Store and link to it in your marketing material ahead of the official roll-out.

This applies to all Apple platforms, which covers iOS, macOS, and tvOS; you’ll need to specify a release date that’s between two and 90 days in the future. Users who sign up to be notified of your launch will receive an alert, and also see the app download to their device automatically within 24 hours of your app going live.

The feature is similar to Google Play’s Pre-Registration, which became available back in May 2015, and has since been used in the launches of apps big and small, including Ustwo Games’ immensely popular Monument Valley 2.

Apple is also following Google’s lead by replicating the latter’s Early Access section, with a ‘Pre-Orders’ section for games in the App Store. Hopefully, this will make it easier for devs to score more users as they get started with their apps, and have more people discover them as well.

Find out how to set up pre-orders for your Apple apps on this page.

Read next: Apple's GymKit for syncing your Watch to your fitness machines is now live