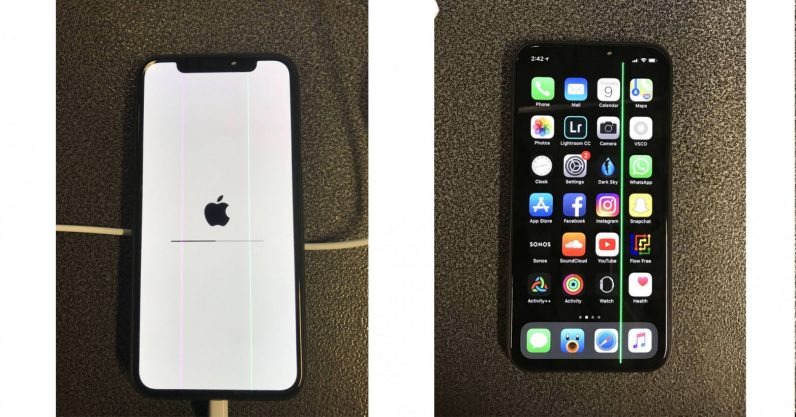 Looks like the Google Pixel and LG V30 aren’t the only flagships in town having display issues. Multiple iPhone X owners have complained about a random green line appearing on their displays, as first reported by MacRumors.

The defect has already started to take on the endearing ‘Green Line of Death’ moniker.

Several users across Apple forums and social media have reported the error – I’ve counted over a dozen accounts, and MacRumors mentions it’s read ‘at least 25’ such reports. Oddly, the issue doesn’t appear to affect users immediately, only showing up after some time with regular usage. In some cases it alternates with a purple line, for variety.

It generally appears towards the right or left sides of the display, and sometimes it simply disappears altogether. Weird.

Either way, it appears to be a hardware defect affecting a small number of users, and Apple appears to be replacing affected units. We’ve reached out to the company for comment and will update this post if we hear back.

Read next: The Growth40 is a list of New York's biggest growth drivers in digital under 40