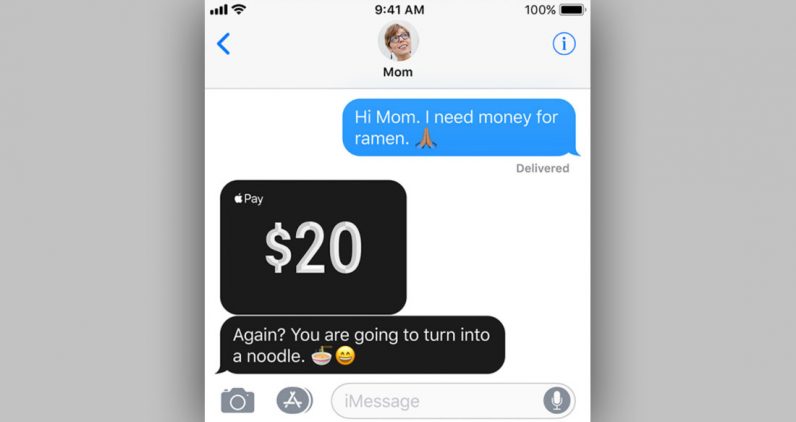 Apple made a big deal of its Venmo-like payment service in iOS 11, but it’s been kind of slow actually rolling out the feature. Fret no more, early adopters: Apple Pay Cash is now available in public iOS 11.2 beta 2.

Once you open up iMessage, you’ll be able to tap on the apps button and then select Apple Pay. From there you’ll be able to input the amount you want to pay or request.  Both you and the recipient will need to have the beta installed for it to work, but otherwise, it appears to work like a charm.

I’m sure it’s a neat convenience feature for those entirely invested in Apple’s ecosystem, but it’s kind of surprising it’s not integrated a little more natively into the UI; right now it lives in the same area as third-party plugins. And then, of course, it’s completely useless if the people you want to send money to don’t use iOS.

If you just can’t wait until the official release of iOS 11.2 – and can live with potential bugs and glitches – you can sign up for Apple’s public beta program here.

Read next: Twitter's 280 character tweets are rolling out for (almost) everyone today