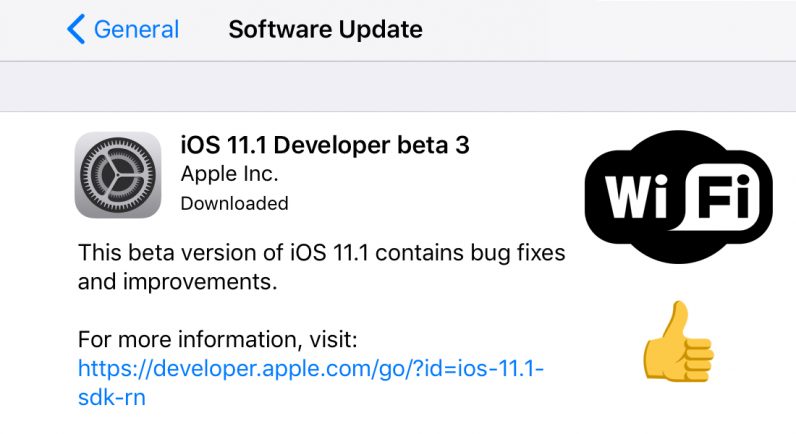 Apple has already whipped up an antidote to the glaring WPA2 encryption protocol vulnerability affecting Wi-Fi routers across the board. But there is one catch: the solution is currently only available as part of the latest beta version for iOS, 11.1 Developer beta 3.

This means that, while anybody can opt to download and install the beta, regular users will have to wait a little longer to get the fix as part of the official iOS release.

The remedial beta iteration is available to download from this link. A little heads-up though: be advised that as any other beta, you’re likely to experience some minor technical disturbances here and there.

The Big A is hardly the only company to respond to the vulnerability in a promptly manner. In fact, Microsoft rolled out a fix only hours after the exploit vector became public.

In case you’re wondering which other companies have too already patched the bug, Owen Williams has put together a handy list of companies that have released firmware updates for affected devices.

Make sure you take a peek at it: the sooner you get the fix, the better.

Meanwhile, Android users, who happen to be most susceptible to the attack, will have to wait until November 6 to get the cure.

Read next: Love Arduino? Then get lifetime access to fan hub Codebender for under $70