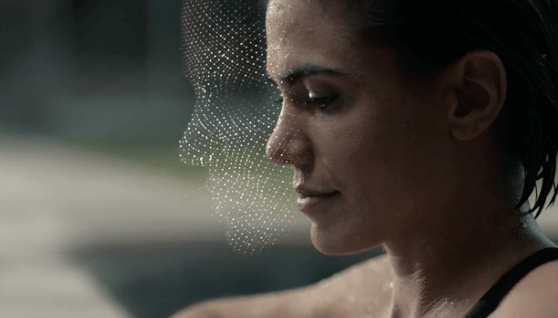 Apple is about to drop its facial recognition feature, Face ID, on the world when the iPhone X launches. It’s a machine learning-powered agent that, over time, will become accustomed to your unique face. And just like everything else Apple makes, the technology is going to be everywhere.

It seems harmless enough: using a camera and some nifty sensors, your phone will be able to recognize you. A baby can recognize faces – what’s so dangerous about giving a smartphone the same ability?

That depends on who you ask. Advertising companies and marketing departments stand to benefit infinitely from the ability to watch and understand everyone on the planet.

AI-powered cameras will be able to collect more data on us than humans have in the hundreds of thousands of years we’ve existed: the robots will know us better than we know ourselves soon. And if the idea of constant surveillance feels like an attack on freedom, AI-powered insights make it an all-out blitz against the very idea of privacy.

An airport in Dubai (where rich people go to get away from us peons) is hiding AI-powered facial recognition inside of an aquarium. Similar plans are in the works for traffic hubs around the world. AI represents safety, in these cases, and there’s a reasonable expectation that you’re being recorded at an airport. In the United Arab Emirates they’re hiding the intrusion and covering up the cameras so things appear more seamless.

But here’s the scary part: you don’t need to hide the cameras, they are already everywhere — you’d be stupid to run a business without security cameras in the US, and all government buildings feature video surveillance. All you have to do now is add a tiny chip and, for example, traffic cams can recognize everyone in a car and send that information to any number of government or commercial organizations.

Before you dismiss this as conspiracy theory nonsense, keep in mind that the only thing keeping Apple from sharing your unique facial feature information with anyone it pleases is its own terms of service. Terms of service can change, but more importantly Apple doesn’t have a patent on machine-learning.

Apple didn’t give AI sight, nor is it the best at it, but it represents the cool kids on the technology block and we’re about to enter into a game of “monkey see monkey do” that will only stop escalating when there’s no more money to be made.

There’s a lot of money in AI, and facial recognition software is an early example of an application even the least technological among us can understand: when your front door recognizes you and opens, but doesn’t let your neighbor in, even grandma gets it.

Are we ready to live in a world where AI tracks all of us, all the time? The answer is probably irrelevant; Apple is going to make AI so popular that most of us won’t want to deal with anything that isn’t self-learning.

Read next: Build robots and dozens of other electronics projects with these Arduino e-books for only $29