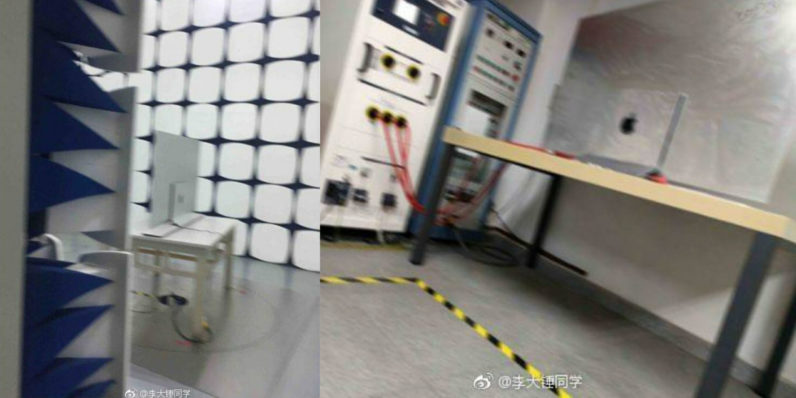 Rumors have been floating around about a 4k Apple TV for ages now, but maybe those rumors are a bit more literal than anticipated. A ‘leak’ on Chinese social network Weibo purports to show an actual Apple television unit, not just a set top box. I say leak in quotes because there’s nothing to suggest it’s a real product so far.

Those who’ve been following along know that Apple has been rumored to be working on a TV panel for many years, but the company apparently canceled those plans back in 2014. The Weibo leak suggests the company hasn’t abandoned the idea completely, but it should be taken with a tiny grain of salt.

The images were very much of the Mr. Blurrycam variety, and tell us very little about the unit other than it happens to be around 60 inches, has a metal frame, and and uses OLED technology. For all we know, they are fake or staged, though it seems like a lot of unnecessary effort. I’m at least digging the futuristic lab setup.

Even if they are legitimate, Apple often prototypes devices that never become real products, so don’t get your hopes up. If there’s any truth to the leak, we’ll find out in due time.

Read next: How entrepreneurs can build a website for the modern economy