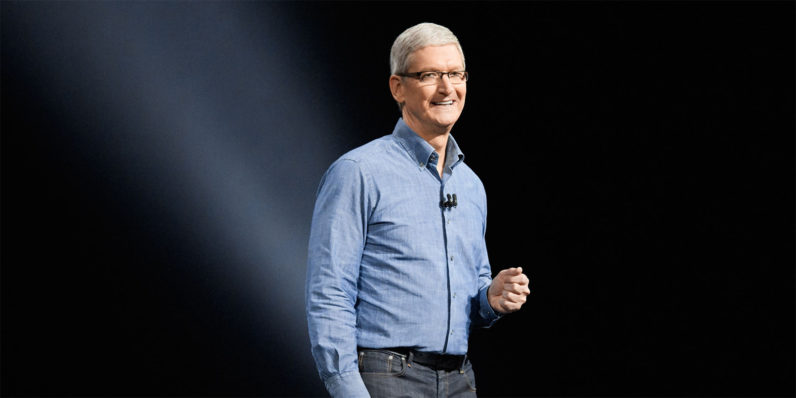 We’re focusing on autonomous systems. It’s probably one of the most difficult AI projects to work on. Autonomy is something that’s incredibly exciting for us and we’ll see where it takes us.

It’s not the Apple Car, but it’ll have to do.

Apple’s autonomous driving program, Project Titan, might have been Silicon Valley’s worst-kept secret. After kicking off the program in 2014, Apple hired over 1,000 engineers in an attempt to compete with the likes of Tesla and Google. By 2016, most of them had been let go.

Rising costs and technical challenges arising from being late to the party led Apple to shift its focus to building the autonomous systems Cook spoke on today. Now, Apple is partnering with automakers like Lexus to integrate its ecosystem into the next generation of smart cars.

Cook didn’t reveal what that might look like, but it’s easy to imagine a Lexus with a tablet control station (like Tesla’s), Siri integration, and perhaps some of the AR features Apple is reportedly working on.

Read next: The Bitcoin of weed is sending Dennis Rodman to North Korea for world peace