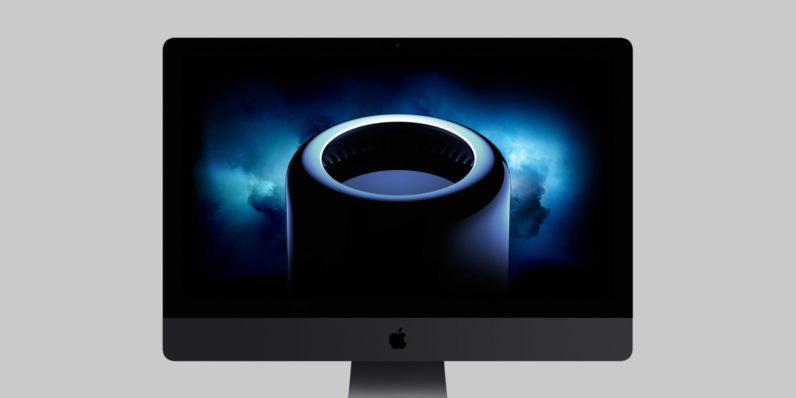 If you keep a close eye on Apple hardware, then you know the Mac Pro has long been in need of an upgrade. Then Apple announced the iMac Pro yesterday, a behemoth all-in-one starting at $4,999 and sporting intense workstation-class specs.

Some people have taken this to mean that Apple had completely abandoned the Mac Pro, which hasn’t been redesigned since late 2013. That would be a problem, because powerful as the iMac Pro may be, it’s not expandable. What you buy is what you’re stuck with.

This is a friendly remidner: The iMac Pro is not Apple’s replacement for the Mac Pro. A new, expandable, modular Mac Pro is officially slated to arrive sometime in the future.

Of course, some of you already know that, but I thought it was worth reiterating given all the comments I’ve seen suggesting Apple has abandoned the Mac Pro permanently. Back in May, Apple held a small meetup with a handful of journalists to basically apologize for the Mac Pro’s close-off hardware, while giving it a small spec bump.

Moreover, Apple reassured us that a redesigned Mac Pro was on the way – one with modular, expandable design, as well as a new Pro Display. The only caveat was that Apple said the device wouldn’t arrive until 2018 at the earliest.

If you still have any doubts, Apple reiterated this commitment to the Mac Pro in a press release for its new all-in-one:

In addition to the new iMac Pro, Apple is working on a completely redesigned, next-generation Mac Pro architected for pro customers who need the highest-end, high-throughput system in a modular design, as well as a new high-end pro display.

Looking back on it, Apple’s I’m-sorry-about-the-Mac-Pro event makes total sense. If Apple hadn’t warned people they’re not getting a new Mac Pro this year, you can bet there would be a lot more uproar – among the press and customers alike – about how the iMac Pro is yet another Apple computer you can’t upgrade. People who need workstations tend to be people who upgrade components, after all. And truly,  I’m still not sure who the Mac Pro is aimed at, other than people who simply want the most powerful Mac money can buy.

Read next: Ethiopia shuts down internet to thwart exam cheaters