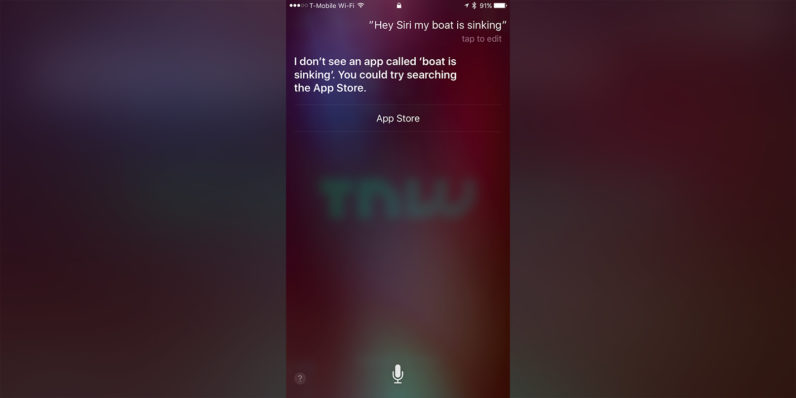 Siri might not always get it right, but she nailed it when it counted, according to a trio of Florida fishermen.

After running into rough seas this weekend while fishing four miles off the coast of Key Biscayne, the boat began taking on water in the rough seas. While the men put on their life jackets, the boat began to sink. Cold, wet, and unable to use the touchscreen to call 911, the men instead relied on Siri to make the call for them.

Once emergency services were reached, a coast guard chopper found the boaters and dropped a diver to stay with them while waiting for the Miami-Dade police to arrive. For their part, the fishermen credit Siri for saving each of their lives.

Read next: Fyre Festival sued over cheese sandwiches (among other things)