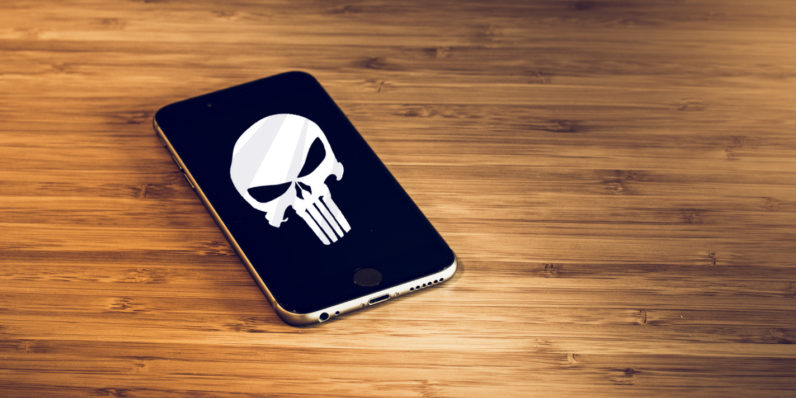 A mischievous band of hackers is reportedly trying to shake down Apple over a large trove of stolen iPhone credentials, including iCloud and other Apple email accounts.

The attackers – who identified themselves as ‘Turkish Crime Family’ – are seeking to receive $75,000 in the popular cryptocurrency Bitcoin or the less known alternative, Ethereum. They will, however, also settle for $100,000 worth of iTunes gift cards, Motherboard reports.

“I just want my money and thought this would be an interesting report that a lot of Apple customers would be interested in reading and hearing,” a member of Turkish Crime Family told the publication.

The hackers have since shared screenshots of their communication with the Apple security team, as well as access to the email address they used to contact the company.

The email exchanges further indicate the attackers have also provided Apple’s team with a YouTube video that shows one of the Turkish Crime Family members allegedly logging into the account of an elderly woman, filled with backed-up photos and the ability to remotely purge all content from the device.

Although the Big A does have its own bug bounty program, its policy goes against rewarding ‘cyber criminals’ with any compensation.

“We firstly kindly request you to remove the video that you have uploaded on your YouTube channel as it’s seeking unwanted attention, second of all we would like you to know that we do not reward cyber criminals for breaking the law,” one of the provided emails from Apple’s security team reads.

Perhaps in an effort to put more pressure on the Cupertino titan, the hackers have threatened to begin wiping out numerous iCloud accounts if Apple refuses to comply with their request by April 7.

According to Motherboard, Turkish Crime Family claims it has access to over 300 million breached Apple accounts; though it appears there might be some inconsistencies in their story, as another member of the collective said a total of 559 million accounts have been compromised.

Coincidentally, the blackmail attempt comes a week after hackers leaked a large collection of stolen celebrity nude photos, which were reportedly stored in iCloud. There’s nothing to suggest Turkish Crime Family had anything to do with this attack, however.

In any case: Better think twice before putting your nude pic archive in the cloud.

We have contacted Apple for further comment and will update this piece accordingly if we hear back.