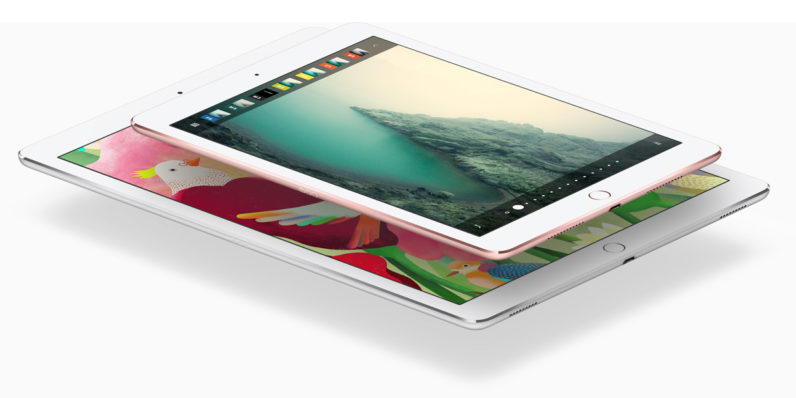 Apple may have already sent out invites for WWDC in June, but chances are it’s hosting another event much earlier than that.

According to Japanese website Mac Otakara (and as spotted by MacRumors), Apple is aiming to expand the iPad Pro lineup with four new models: updated versions of the existing 9.7 and 12.3-inch Pros, a new 7.9-inch model, and a premium 10.5-inch device.

Now, 9.7 and 10.5 inches seem awfully close, but the latter will reportedly be the more expensive model and include an edge-to-edge screen and omit the home button. The devices are otherwise rumored to have the same size body . Meanwhile, the 7.9-inch model is basically a replacement for the iPad mini 4.

I find it pretty hard to believe Apple would have four devices under the ‘Pro’ line, especially the two 10-inchish models, so don’t be surprised if the company comes up with some new buzzword to delineate at least a couple of the devices.

While we’re not getting a totally new iPhone until the fall, the report also suggests Apple will expand its iPhone SE with a 128 GB model, and add a red color option to the iPhone 7 and 7 Plus. As always, the rumor mill will keep on churning, so take these possibilities with a grain of salt.

Read next: Trump owns over 3,000 domains but TrumpFraud.org is our favorite