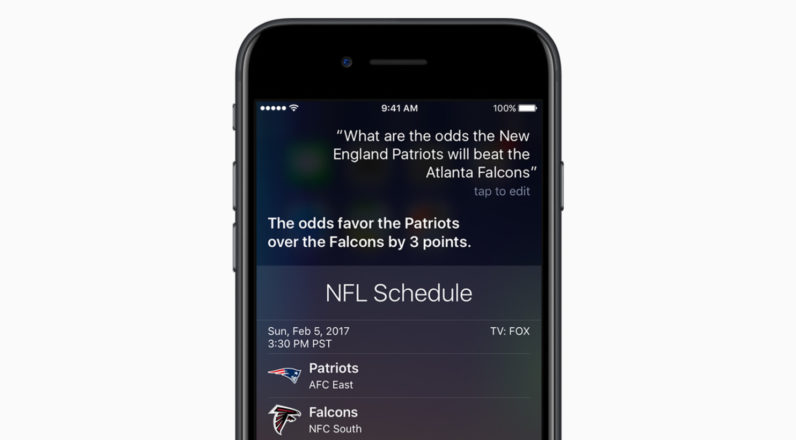 With the Super Bowl just days away it seems football fans aren’t the only ones gearing up for the big game. Siri has, it seems, been studying up on stats, schedules, and even Vegas lines in advance of Super Bowl Sunday.

For AppleTV users, it starts with tuning in. Siri can now turn on the game with just a voice command: “Watch the Super Bowl.” Well, assuming you don’t want to watch it in VR anyway.

Mobile users have a new sport-savvy assistant at their disposal too. It’s like your stat head friend, but less annoying. From simple queries to the more complex, stat-driven questions that only your know-it-all buddy seems to have answers to, Siri has your back. 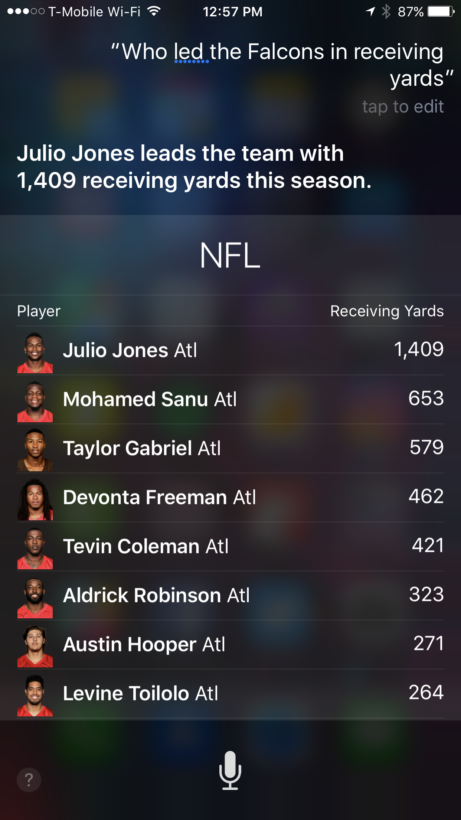 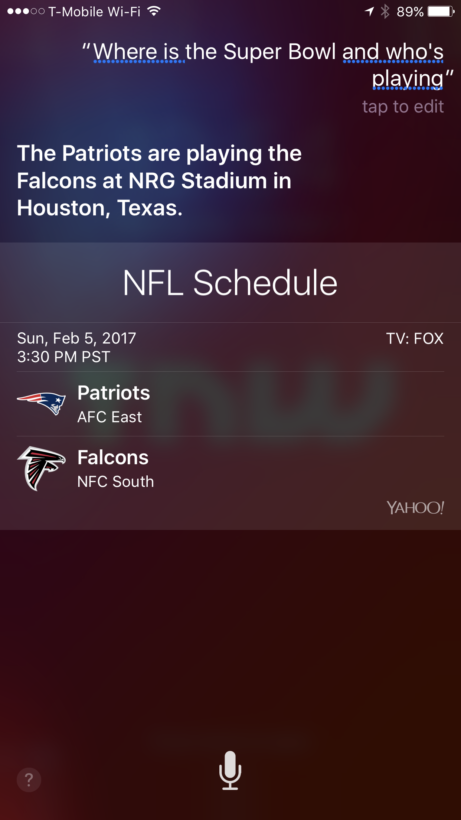 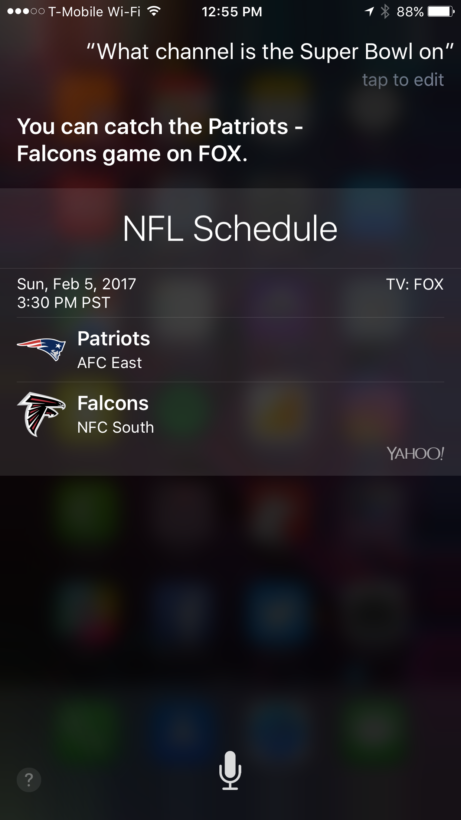 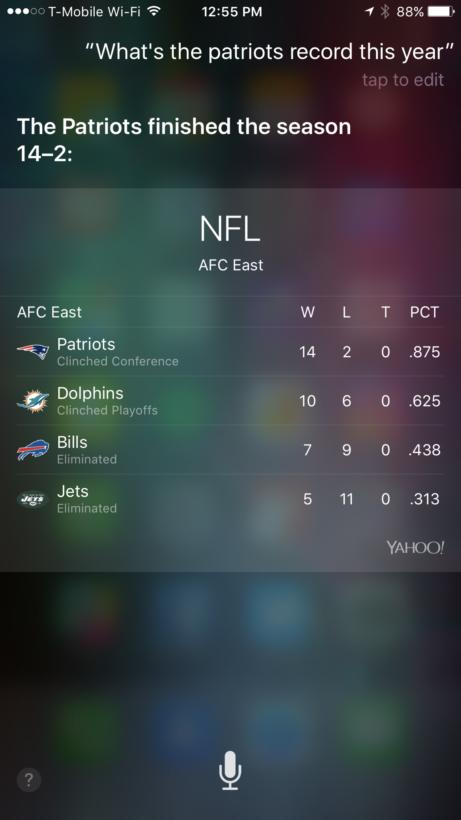 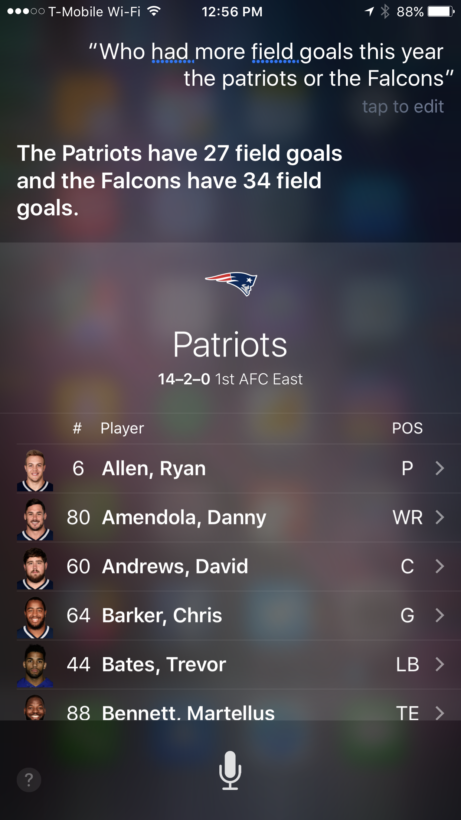 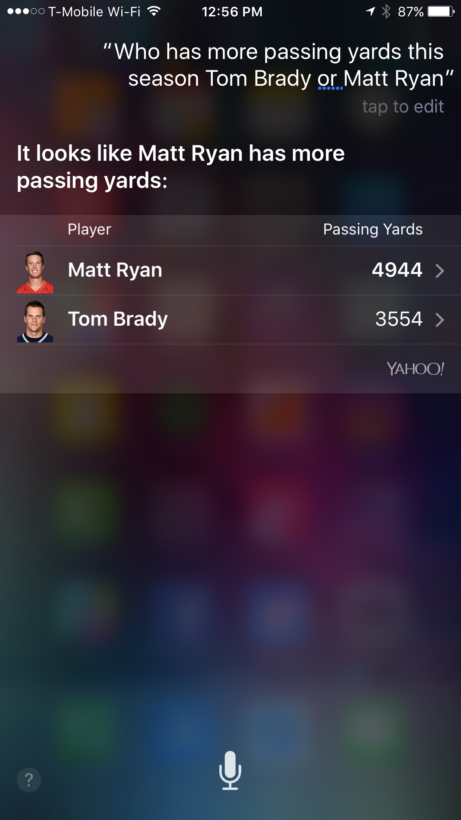 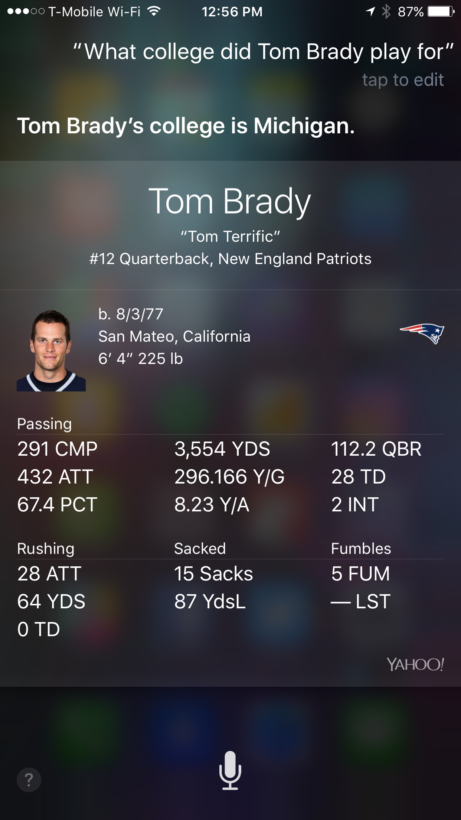 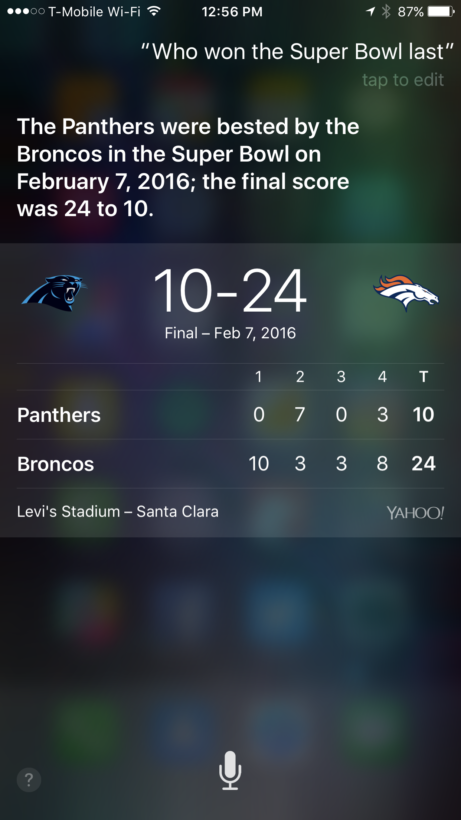 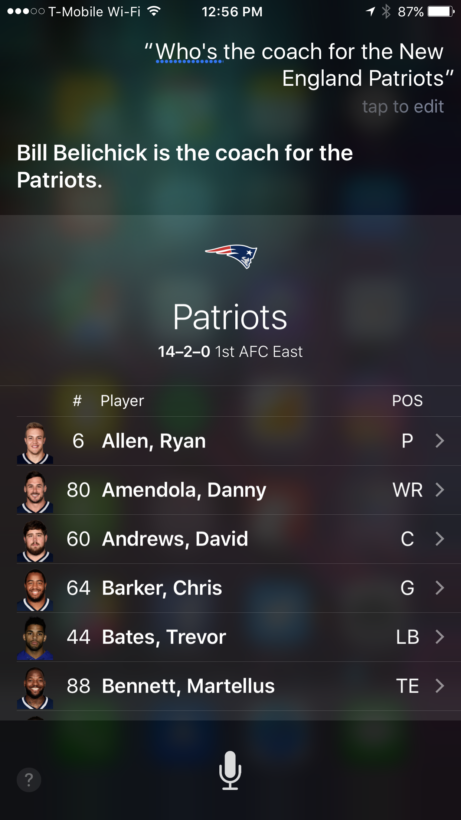 After opening up Siri to developers at WWDC this year, Siri is now a formidable pal to watch the game with. Aside from answering questions, Siri (as always) can remind you to pick up the guacamole on the way, give directions to the closest sports bar, or even hail a ride for you after you’ve had a bit too much fun and find yourself without a bag of Tostitos.

Or, maybe the Puppy Bowl is more your speed.

Read next: Oculus hit with $500 million judgement in ZeniMax lawsuit