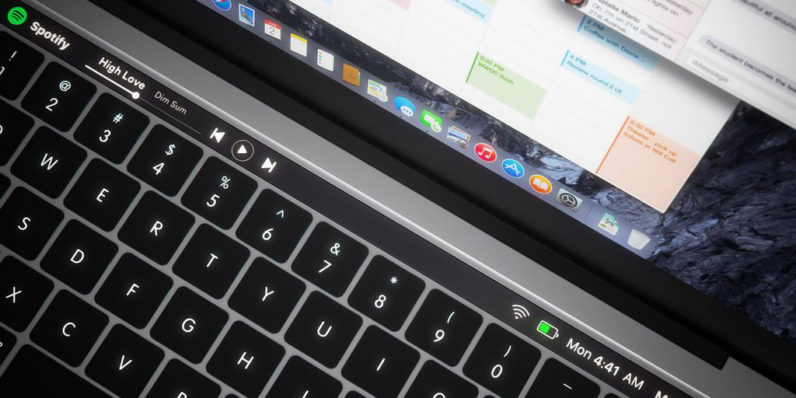 The new Apple MacBook Magic Toolbar we’ve all been dreaming of seems to be a reality… probably.

The Trademark Ninja, who has a pretty stellar reputation for unearthing trademark filings from around the world stumbled on this gem in a recent search. ‘Presto Apps America LLC,’ a dummy corporation, filed an application to trademark the term ‘Magic Toolbar’ on February 5 of this year. The company seeks trademark protection in the following categories (and dozens more):

The Delaware company also applied for this protection just a day before the last day possible. According to The Trademark Ninja himself:

Between the suspicious timing and the ‘Magic’ moniker (Magic Mouse, Magic Trackpad, Magic Keyboard, etc.), I’d be shocked if this wasn’t Apple. If in some alternate universe it proves to be another company, the mystery LLC just spent a lot of money for Tim Cook and Co. to contest the application based on prior trademarks with the ‘Magic’ moniker.

Then there’s this striking similarity. The same lawyers that applied for the ‘Airpod’ trademark in Indonesia, Canada, and Malaysia are those listed on the application for the Magic Toolbar.

Even the (now confirmed) October 27 date of the supposed unveiling is suspect.

Again, we can’t confirm anything, but The Trademark Ninja seems to have unearthed some compelling evidence. If we had to place a bet, it seems rather safe that the rumored OLED bar is going to happen.

But, I guess we’ll have to wait until October 27 to find out.

Apple representatives didn’t respond to repeated attempts to contact them. We’ll update this post should we hear back from them.

Magic Toolbar on The Trademark Ninja

Read next: This new, magical video mapping technology is perfect for clothing