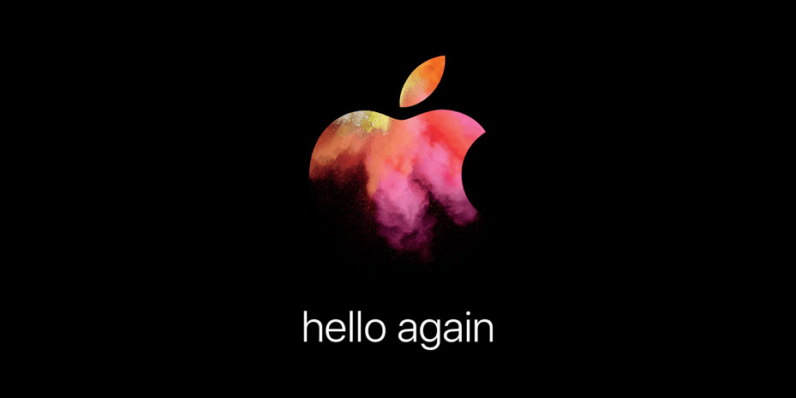 Yesterday we found out that Apple might have something up its sleeve for the end of the month. After operating under the assumption that Apple’s October event would feature the long-awaited MacBook Pro refresh, industry professionals were starting to lose faith that such an event would actually take place. It is, after all, two weeks into the month and the company had yet to send out invitations to the journalists who’d be covering it.

Today, in true Apple form, the company sent out a cryptic invitation to journalists requesting attendance at an even on October 27  in Cupertino. While Apple is remaining tight-lipped about what the event could entail, the ‘Hello Again’ message on the invitation is all we really need to point us to the MacBook Pro refresh we’ve all been waiting for.

If true, the event marks the first refresh to the MacBook Pro line in over a year. In fact, if you own a 2015 MacBook Pro, you’re in possession of a laptop featuring a processor that’s now two generations old — a senior by modern standards.

Rumors seem to suggest a complete update to the aging line that hasn’t seen much in the way of aesthetic improvements since 2012. The new line could feature an OLED bar atop the keyboard with a dynamic display that changes key markings depending on which application is currently on use. We’ve also heard rumblings about a dynamic keyboard, dropping the USB ports, adding USB-C, removing the headphone jack, and adding a significant upgrade to the graphics card.

For now, we’ll have to wait and see what Apple has in store for us on October 27.

Read next: You can now try Android 7.1 even if you don't own a Pixel phone