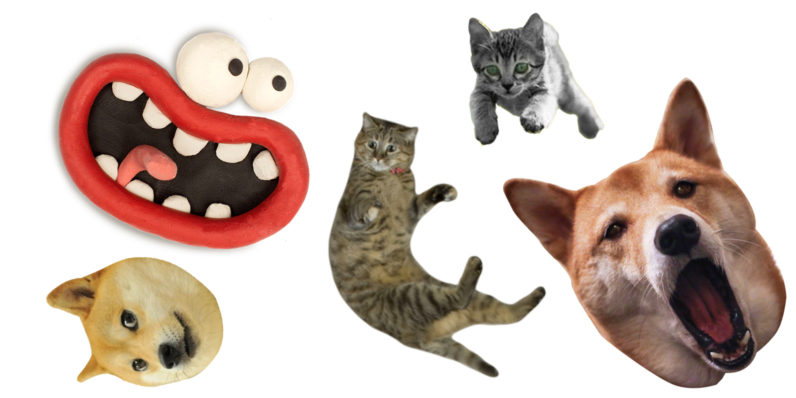 If you’ve updated your iPhone to iOS 10 and opened iMessage, you’ve probably already seen them; stickers.

Apple is the latest company to step into the sticker game with their messaging platform. And there’s a lot of money to be made.

LINE, Japan’s messaging app of choice, was one of the first to give its users the chance to buy and sell stickers on its platform. Last year, they made $268 million.

If Apple plays its cards right, they’re looking at a big, new revenue channel. That’s why I dove into the iMessage store and took a look at the current offerings.

Ok, we’re off to a good start. This pack has something anyone on the internet loves — cats, lots of them.

It feels like a pack of candid shots someone cut out of a photo album they had lying around. I guess that’s a good thing.

This is some good stuff. Aardman is the Oscar-winning animation studio behind movies like Wallace and Gromit and Shawn the Sheep.

And now they made this wonderful face bomb pack, that lets you endlessly annoy your friends by sticking claymation eyes on their pics. Amazing.

Nobody knows why Ellen has her own iMessage sticker pack. Oh wait, of course we do — money!

At $1.99, this is one of the more expensive packs in the store. And what do we get for that? An avocado with a top hat. Yeah, this one’s pretty random — other stickers include a bread loaf, LEGO brick and a billion different Ellen faces. Avoid.

I have a feeling I’m going to use a lot of animal stickers here. And damn, this one delivers.

There are not a whole lot of ‘crazy animals’ to pick from, but they’re all lovely — from weird llamas to smiling dogs.

The first text-based pack! I wouldn’t say the designer put a lot of effort in it, but hey, it’s kind of funny.

A friend sends you a message for your birthday? REJECTED! Your crush asking you out for coffee? SOUNDS GOOD!

Read next: Kickass new patents: In its bid for world domination, Apple patents a.... shopping bag?