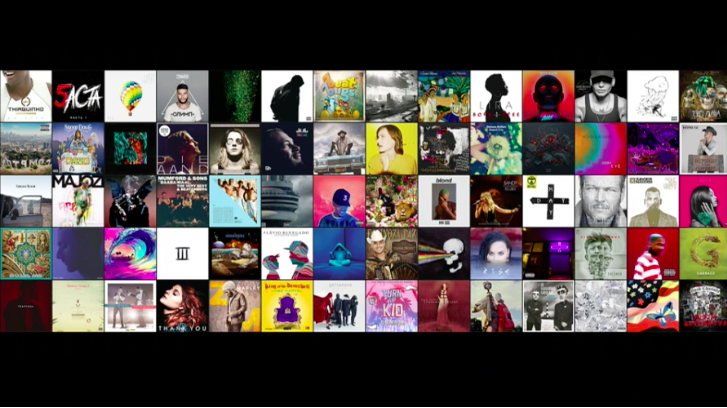 Apple kicked off their talk by discussing the new Apple Music app today, which overhauls the interface while adding lyrics, music discovery, and recommendations.

Lyrics are the headline feature unannounced feature here, giving streamers a sleak way to read lyrics in sync with the music. There’s also new ways for users to find music they’ll enjoy based on previous listening habits, similar to what Spotify offers.

The new user interface is much easier on the eyes, with bold typefaces everywhere you look. And everything feels a lot less cluttered, with endless lists taking a back set to content you actually want.

Connect has a diminished role now. The feature, which allowed artists to push out messages and listeners to reply, is no longer featured when you open the app, though you can still find it by digging around.

Read next: Apple unveils the iPhone 7 with waterproofing, stereo speakers, and dual cameras