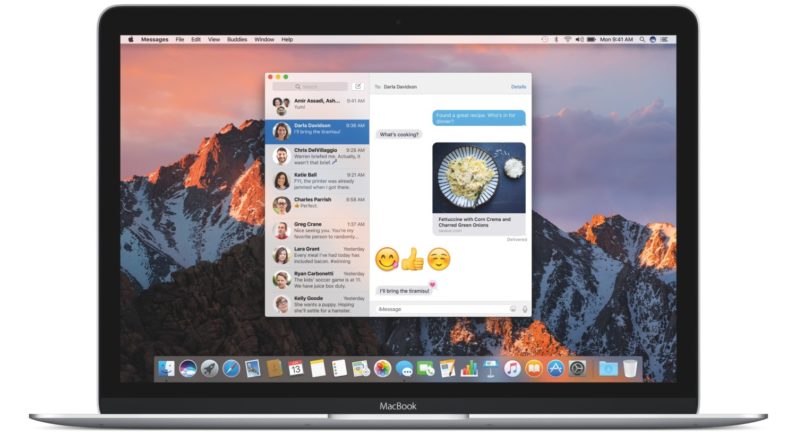 Back in June, Apple dropped the OS X naming convention in favor of keeping with the naming schemes of other operating systems within its ecosystem, like watchOS and tvOS. The retirement of a name, however, didn’t keep Apple from sticking with its mountain naming system, as ‘Sierra’ follows its last release ‘El Capitan.’

The big additions include Siri, improved iCloud performance and a universal clipboard that lets Apple users share copied items across any device in an Apple ecosystem. We’ll see a handful of other updates — like ‘Continuity,’ which lets you use your Apple Watch to unlock your Mac — but, naming convention aside, it’s not a complete overhaul. Most of the new features (aside from those mentioned) are iterative updates to both aesthetics and performance.

Read next: Moshi's new cases and Bluetooth earbuds are ready for the iPhone 7