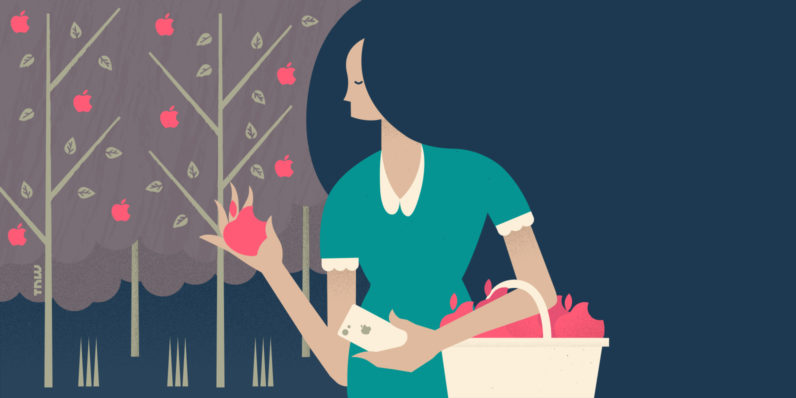 If you’re working in tech, are interested in it or even just have a Twitter account, you know what’s going on in the coming hours. It’s Apple day.

We’re right on track for it to be another bizarre edition of tech’s favorite event.

Thousands of people worldwide will be watching a livestream of a guy announcing and promoting products using words like ‘phenomenal’ and ‘unapologetically’.

Shortly after, they will be available for pre-ordering and demand will be off the charts. It will very likely be the best-selling iPhone ever.

It doesn’t really matter if the headphone jack is removed, or if we get an improved camera. We’re still going to love it.

Back when the Macintosh was released in 1984, it changed the entire industry. As the first popular computer aimed at consumers, it was an important moment for the industry. But in 2016, a lot of people already own an amazing smartphone, tablet or laptop.

If you’re reading this there’s — according to our analytics — a 41 percent chance you’re reading it on an Apple product. Take a good, hard look at it — remember how happy you were when you got it? Isn’t it still just as great?

Today, a host of Apple executives are going to convince you it’s outdated. They’ll tell you the iPhone’s wireless earbuds are unlike anything you’ve ever seen, and the improved camera rivals that of a DSLR. There’s going to be a montage of happy, racially diverse people laughing, exercising and traveling to beautiful places with a phone.

But it won’t be your phone — it’ll be one that sets you back at least $599. Compared to your current device, it’ll be a little bit faster and have a few cool tricks. It probably won’t change your life.

Of course, TNW is a tech website and we love everything that’s happening in our field, big or small. We’re going to report on all new features because we’re excited about them. However, it’s important to take a step back and critically think about the products you already own. Do they not already fit your current needs?

If you do get a new device after tonight, make sure to resell it or make use of Apple’s recycling program. It’s the least you can do.

Are you embracing the thirst for new devices, or staying critical? Let us know in the comments.

Read next: This ugly operating system is actually a killer CV