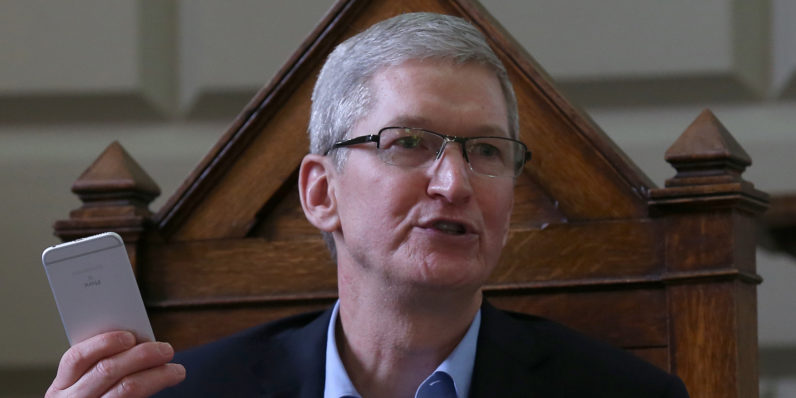 After news broke recently that Apple would have to pay Ireland some €13 billion ($14.5 billion USD) in back taxes, Apple’s CEO today fired back that the ruling was “total political crap.”

“No one did anything wrong here,” Cook said. “Ireland is being picked on, and this is unacceptable.”

The European Commission ruled Tuesday that Ireland gave Apple illegal tax benefits by not collecting the €13 billion owed over a 10-year period. The ruling put a close on a two year investigation that found Apple’s effective tax rate on reported profit in Ireland to be just €500 per million euros in profit. The sum fell to €50 per million in 2014.

Apple, though, isn’t taking the ruling lying down. In an open letter to Apple customers, Cook wrote:

The European Commission has launched an effort to rewrite Apple’s history in Europe, ignore Ireland’s tax laws and upend the international tax system in the process. The opinion issued on August 30th alleges that Ireland gave Apple a special deal on our taxes. This claim has no basis in fact or in law. We never asked for, nor did we receive, any special deals. We now find ourselves in the unusual position of being ordered to retroactively pay additional taxes to a government that says we don’t owe them any more than we’ve already paid.

Cook told the Irish Independent that the company still plans to follow through on its planed expansion to Cork, Ireland. He hopes, however, the Irish government will follow Apple’s lead and appeal the ruling.

‘No one did anything wrong here and Ireland is being picked on... It is total political crap’ - Apple chief Tim Cook on Irish Independent

Read next: Why you shouldn't try to innovate anything from scratch