If you need any more evidence Siri is coming to the desktop, here’s your final clue: she’s talking about a ‘Finder’ folder. 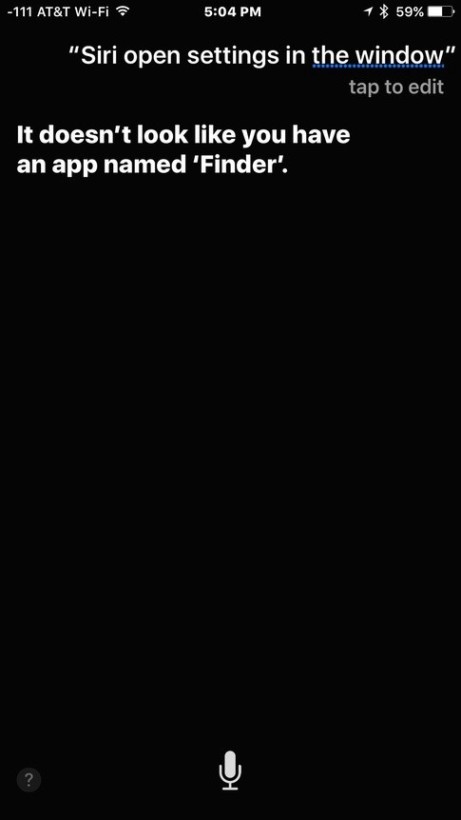 Via Medium, developer Brian Roemmele notes some interesting feedback from Siri when asked to open an app in the ‘window.’ Limited to iOS, Siri should really have no clue what a ‘window’ is, but her response suggests Apple is prepping her for OS X behind the scenes.

Instead of returning a ‘let me look on the Web’ response (as Siri usually does when your question is beyond her grasp), Siri said there was no app named Finder on the iPhone.

Finder is the file manager for OS X (it’s the smiley face icon you probably have at the bottom left of your dock), but has no place on iOS.

The only logical conclusion is that Siri will be coming to the desktop in the next big macOS OS X build. We should hear more about it at WWDC tomorrow, but there’s little reason to doubt it at tis point. If Apple were simply testing Siri for desktop, there’s no reason those types of response should be discoverable in the public version of Apple’s assistant.

Siri spilled the beans, Siri is coming to MacOS X! on Medium

Read next: How one terrible app helped me avoid hours in line at the airport and catch my flight