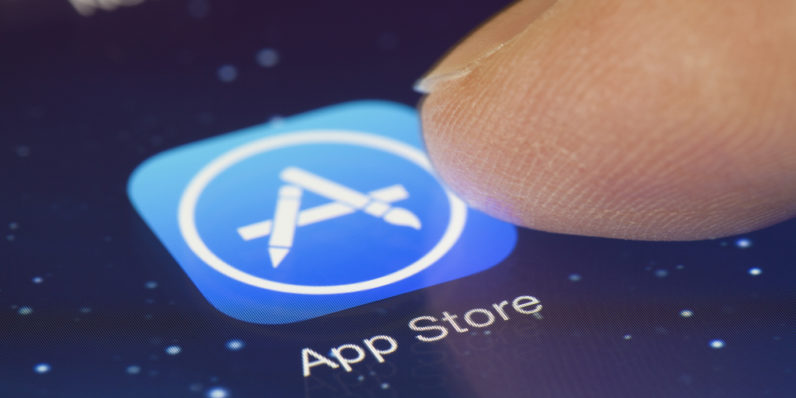 With Apple’s Worldwide Developers Conference (WWDC) just around the corner, measurement company App Annie is taking the opportunity to shine a light on how well the two big competing platforms are doing.

Overall, the company says that the amount of time people spend using apps has more than doubled since 2014 – an increase that’s perhaps not too surprising when you consider there are also just straight-up more apps than in 2014.

Following on from its first quarter report, App Annie says that iOS is still leading the way when it comes to app store revenues with nearly twice as much cash flowing through it than Google Play.

Checking out the most popular apps on the App Store from April yields predictable enough results – Facebook topping the charts with its main app and Messenger, but the company notes that in-app subscription services (like Spotify and Netflix) have also seen a rise in popularity over the last year.

The increase in recurring revenues from this stream could have been part of the reason for Apple’s shift on in-app subscription pricing, though the company’s implementation of the new 15 percent rate leave questions unanswered.

Facebook, Snapchat and Instagram also took the top spots for US users in terms of the amount of time spent in the app. Similarly, Facebook Messenger, Amazon and Snapchat were all the top growing apps over the last year in terms of usage penetration. To make that list a little more interesting, TripAdvisor takes the top spot for the same category in the UK, demonstrating huge gains over the last year.

Interestingly, despite the same names at the top of the US and UK listings, App Annie says that the majority of apps that made the biggest user gain over the last year were catering to regional preferences, where seven of the top 10 that gained the most traction in Japan were from local publishers.

While the figures don’t go into detail for Android devices in this report, the company’s last update revealed that while the App Store makes more revenue than Google Play, Android still leads the way in terms of active users.

Read next: Cyber security and a punch to the face