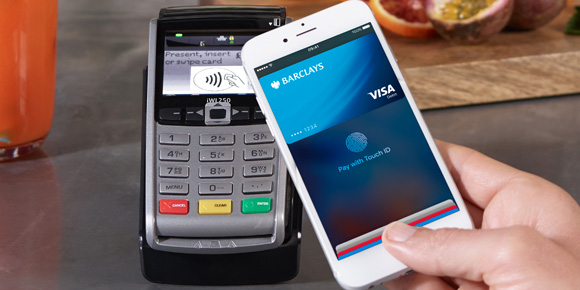 British bank Barclays has announced that its accounts and cards with Apple’s contactless NFC-based payment service that’s accepted at more than 400,000 retailers and services across the UK as well as within apps.

The bank is awfully late to the mobile payments game; Apple Pay arrived in the UK about eight months ago, and Barclays missed its own deadline to roll out support for the service at the end of March.

Barclays says you can use Apple Pay with its Personal, Premier or Wealth debit cards as well as with a Barclaycard.

The arrival of one of the UK’s biggest banks on its platform should give Apple Pay an edge over Samsung Pay and Android Pay in the UK as neither of those services have launched there, but it’s worth noting that the victory won’t count for much just yet.

If Transport for London’s figures are anything to go by, It seems like people aren’t using contactless payments very much – less than half a percent of trips on London’s public transport are paid for using mobile devices.

Still, it’ll be interesting to see if the service catches on through the rest of this year. Apple said in February that its service was supported at more than 2 million retail locations, and launched in China six weeks ago.

Read next: Google brings its medical info cards to search results for users in India