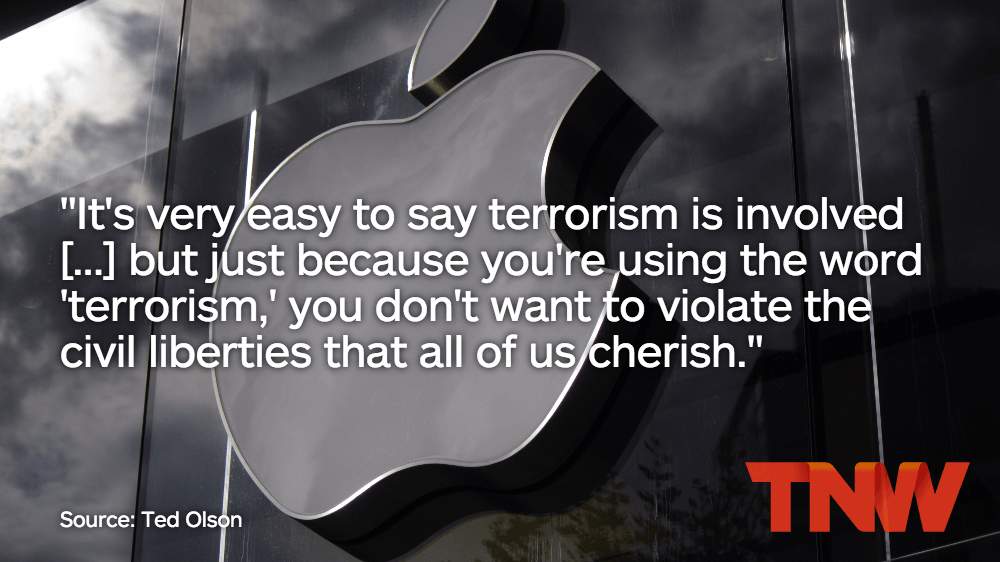 With Apple set to argue its case against the FBI on March 22, Apple attorney Ted Olsen warned that the case is about more than meeting government demands to help break into an iPhone, it’s about fending off government agencies that seek ‘limitless’ powers to ‘listen to [our] conversations.’

You can imagine every different law enforcement official telling Apple we want a new product to get into something. Even a state judge could order Apple to build something. There’s no stopping point. That would lead to a police state.

With the FBI admitting the Apple ID of a suspect in the San Bernadino attacks had been changed, thus rendering the data unrecoverable, the case does seem to be venturing into territory firmly aimed at setting future precedent rather than yielding current results.

San Bernadino Police Chief Jarrod Burguan confirmed as much today as he told NPR, “I’ll be honest with you, I think that there is a reasonably good chance that there is nothing of any value on the phone.”

In this particular case, Apple is challenging the FBI’s request, so to speak, to overcome that encryption. But the larger issue here is do we want companies to have the right to create something that would be that much of a potential danger?

Could a ruling in favor of Apple cooperating with law enforcement to weaken security lead to a police state?

By its very definition, yeah, it seems that it could.

The case will continue to play out while the world watches, but one thing is for certain, the outcome will drastically change the privacy landscape for years to come.

Read next: Venmo shutters API beta to new users to focus on 'Pay with Venmo'