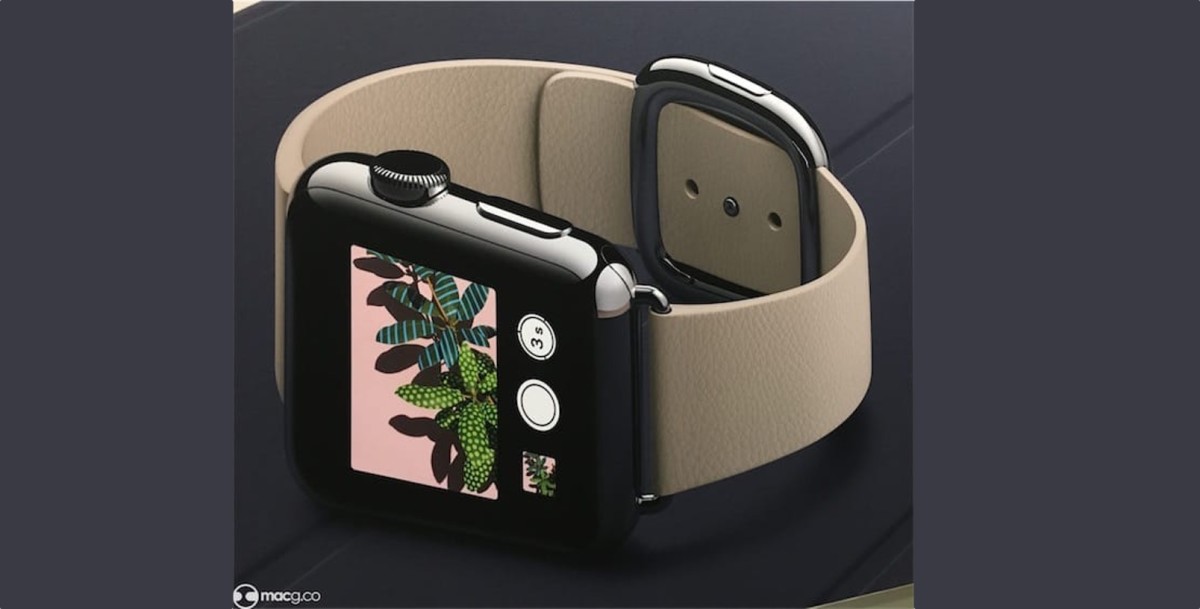 Will you have to consider spending another $249 for an Apple Watch accessory this March? There’s now mixed evidence of a Modern Buckle band in a stone color for the Space Gray Apple Watch,

Spotted at a ‘premium’ Apple retailer in France named iConcept Toulouse Esquirol, the new band appears to be stone with a handsome black buckle. Existing Modern Buckle bands retail for $249, so that’s the pricing we’d assume here as well.

As you can see, the band is featured on a pretty large wall image. Though it all looks enticing for Space Gray Apple Watch owners like myself, it could be bad lighting.

Mac Rumors reported that the image is affected by the in-store lights, which make the pink band in the image appear stone-colored. This is the white dress/blue dress argument Apple fans have been waiting for (and the dress is blue, don’t even start with me).

As we head into March — when Apple is reportedly holding an event to announce new Apple Watch accessories along with an iPhone 5se and iPad Air 3 — we’ll have our proof. For now, just go ahead and earmark a few hundred bucks for a new accessory just to be safe.