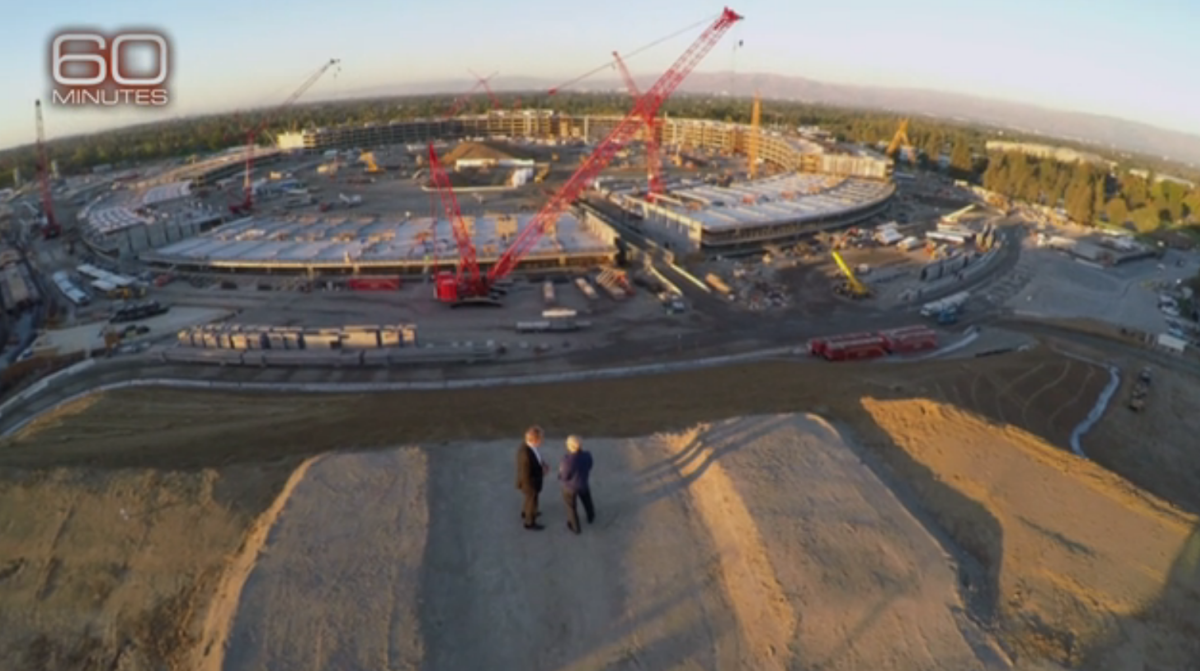 The interview, which is lead by Charlie Rose, makes brief visits to previously unseen locations within Apple, including Jony Ive’s secret design lab and its future headquarters.

As you might expect, the lab houses tables covered with cloths, and frequently hints toward the company’s secrecy surrounding upcoming products.

Ive does, however, show off dummy models of the iPhone, which were used to help the company decide which sizes it would make the screen when it moved to 4.7 and 5.5 inches.

According to Ive, they chose the sizes that now exist because they “emotionally were a good size.”

He also demonstrates how Apple builds prototype hardware for devices like the Watch in-house, so the team is able to understand how the end product will look and feel.

Another scene shows off a secret Apple warehouse where the company has a full working replica of the updated Apple Store design, which it uses to help design the layout and test new products.

Rose also gets a look at Apple’s new, unfinished, spaceship-like headquarters in Cupertino where Ive proudly touts that the company is using the world’s largest curved glass to cover the outside of the building.

The most interesting tidbit revealed by the segment comes from Apple’s manager of camera design, Graham Townsend, who said that the company employs more than 800 people to work on the iPhone’s camera alone.

Otherwise, it’s filled with platitudes that Apple has marched out before, including a spot where Cook complains that US taxes are high and that government discussions over its overseas cash stockpiles are nothing more than “political crap.”

Interestingly, in an “overtime” segment separate from the main show, Rose reveals that he has been friends with Ive for “many years,” which could explain how he was granted access to the design lab for the first time.

If you’re interested in glances of what goes on within Apple’s walls, it’s worth watching.