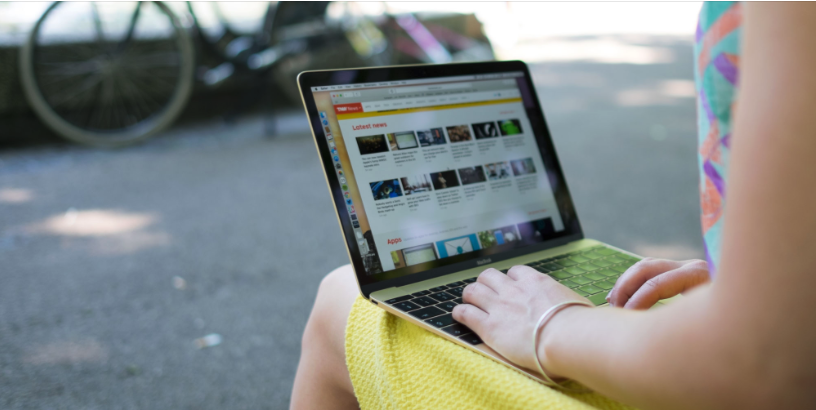 Last night’s 60 minutes segment on Apple was actually pretty dull. Aside from learning a small nation is working on the iPhone’s camera, it was a mostly ho-hum tour of Apple.

But the internet slowly picked through the carcass and found what it thought was a new MacBook. Could it be — Apple is leaking a new MacBook on 60 Minutes?!

No. Not even close.

Apple has responded to Tech Insider about the alleged leak, saying it’s a 12-inch MacBook. Speculation about the dimensions and characteristics of the device made many wonder if it really was a new computer, though.

In our TNW Slack chat, I asserted it was a trick of the eye; the MacBook being in the background against the blinds — and blurred — made it seem like a totally different device.

To prove that to myself (I mean, I’d love it if there was a new Macbook, but I had to know), I took a few pictures. While my images are nowhere near the quality of a 60 Minutes camera or snapped with the same proper lighting at the Apple Campus, it’s clear to me that the MacBook was the device pictured.

Maybe Apple was just screwing with us, or maybe the internet just tried to hard too find something new. We’ll get a new Macbook at some point in 2016, I’m sure, but you probably didn’t see it on 60 Minutes last night.

Read next: Twizoo is taking a 12-week US tour to kill Yelp off one city at a time