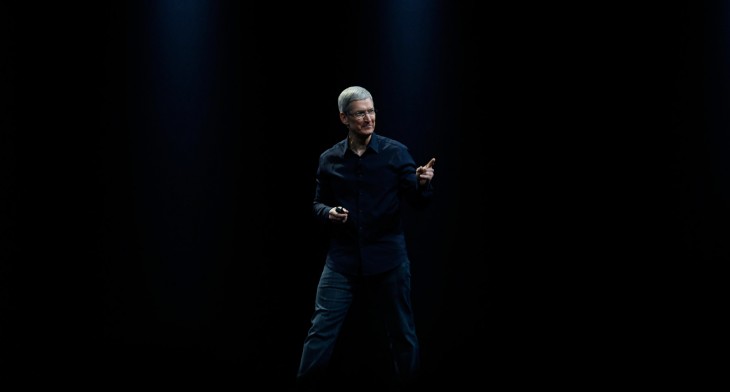 Apple has tens of billions in offshore profits that the US government can’t tax and CEO Tim Cook is defiant against critics that charge his company with avoiding tax.

In an interview with CBS where 60 Minutes’ Charlie Rose doesn’t beat around the bush, when asked how he feels about Congress labelling him a tax avoider, Cook says: “We pay more taxes in this country than anyone.”

This is a touch of linguistic acrobatics from Cook as, given that Apple is the most profitable company that’s ever existed, of course it is paying a lot of tax on sales made in the US.

Asked why he wouldn’t bring overseas profit home, Cook said he would love to but it’d be taxed at 40 percent. “I don’t think that’s a reasonable thing to do,” the businessman said.

The Senate Permanent Subcommittee on Investigations found that in 2012 alone the company avoided paying some $9 billion to the US government using offshore business units with no discernible tax home.

Cook blames a tax regime “made for the industrial age not the digital age” for forcing companies to squirrel away money elsewhere.

Rose pushes him on Congress’ conclusion that Apple has created a “sophisticated scheme” in order to pay little or no corporate tax.

That is total political crap. There is no truth behind it. Apple pays every tax dollar we owe.

Of course, his final statement is correct – Apple likely pays every tax dollar it owes in the US – but this demonstrates the challenge for regulators everywhere. How do you stop companies using the rules to their advantage?

Apple would owe an estimated $59.2 billion in taxes if it tried to bring the money back to the United States, so found an analysis of the company’s business filings. So it works out ways within the rules so that it doesn’t have to.

And, although the same study labelled Apple among the “worst offenders”, Apple is of course not alone in using strategies like this.

Some 72 percent of the Fortune 500 operate in tax havens, collectively holding $2.1 trillion overseas.

This is an issue that is being worked on at the highest level, with the OECD bringing together tax experts from all over the world to try to create an enforceable global tax system.

The Obama administration has also been pushing for business tax reform, which is potentially much more likely than getting a whole-world agreement on tax.

Read next: Beginner tips to becoming a data analyst