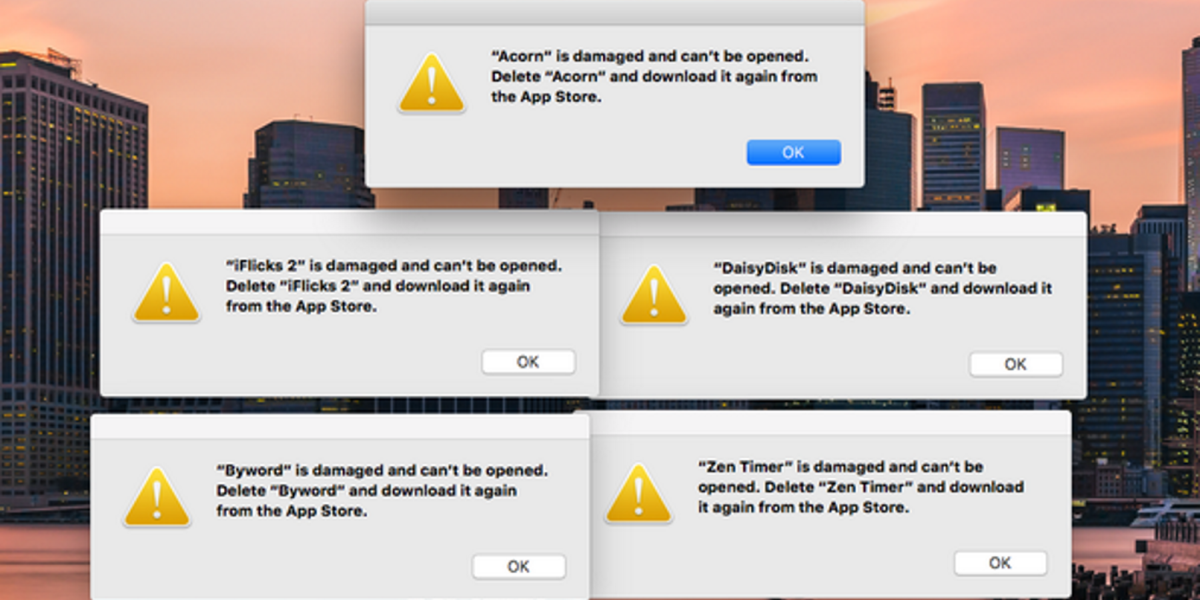 Apple is one of the richest companies in the world and it makes a range of consumer electronics, pretty much all of which allow you to set a reminder.

Perhaps something like, ‘Remind me to issue a new security certificate for the Mac Store before November 12, 2015.”

That would have worked just fine and saved a large number of users a lot of frustration after finding themselves unable to download apps or use some of their previously installed ones.

According to The Guardian, Mac Store apps were unavailable from 10pm GMT on Tuesday, but even after Apple fixed the issue with a new security certificate, that wasn’t the end of frustration for users.

Uh, Apple, why are a bunch of my Mac App Store apps suddenly “damaged”?! pic.twitter.com/Afby6j5VtS

In order to verify the new certificate, the apps need an active internet connection, which means anyone stuck offline couldn’t use the apps they owned either.

Others reportedly had to delete all their purchased apps and re-install them, which sounds like a whole barrel of laughs.

Mac users will be pleased to hear that the certificate is not set to expire until 2035 now, so you should be OK for a while.

Read next: Watch this girl get caught in an alarm clock death machine of her own making