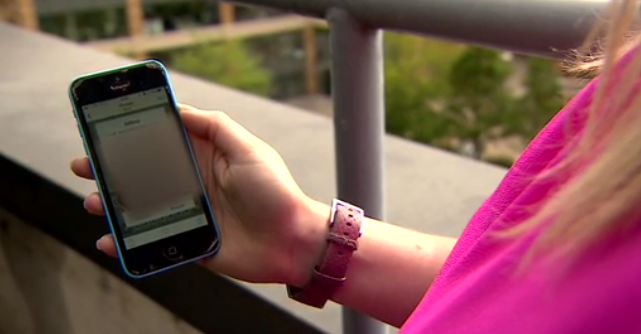 Have AirDrop on your iPhone, iPad or Mac always on and open to messages from anyone? It seems you could end up with an unprompted penis in your photo library.

A woman in south London has reported an instance of ‘cyber flashing’ to the British Transport Police (BTP), after two pictures of an unknown man’s genitals were sent to her using the iOS function.

Lorraine Crighton-Smith told the BBC’s ‘Victoria Derbyshire’ show, that she had switched AirDrop on “because [she] had been using it previously to send photos to another iPhone user – and a picture appeared on the screen of a man’s penis, which I was quite shocked by.”

When she, understandably, declined the image, another appeared. Crighton-Smith reported the incident to the police and told the BBC that she was concerned about what the man could do next.

Superintendent Gill Murray of the BTP says the force has dealt with cases involving Bluetooth, but that this is the first report specifically tied to AirDrop.

Because Crighton-Smith did not accept either of the photos, there is no evidence for the police officers to work with. They have, therefore, classed the incident as “intelligence.”

It’s definitely worth turning off AirDrop when you’re not using it or, at least, keeping it limited to ‘contacts only.’

Read next: Men don’t listen to women on Tinder – This experiment proves it

Read next: How to get a journalist's attention