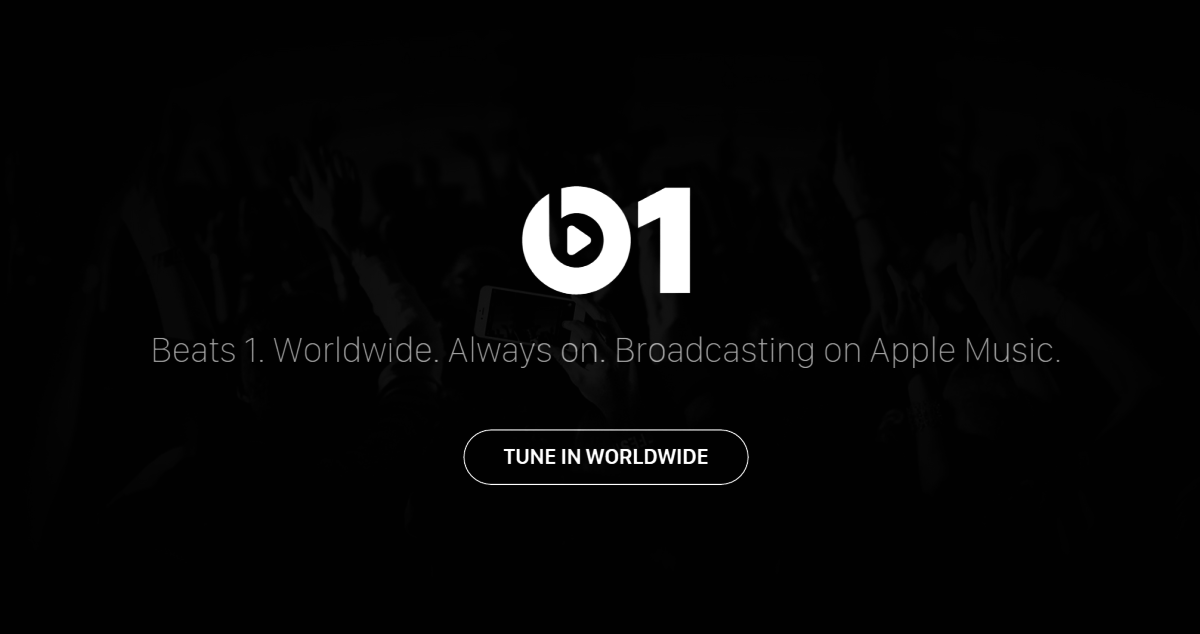 Apple Music just launched with the release of iOS 8.4, and now it’s flipped the switch on its Beats 1 radio station as well.

Beats 1 is set to broadcast from New York, Los Angeles and London, and will stream music and featured content 24/7 without commercials.

During its initial unveiling at WWDC, Apple said the station would showcase interviews, news, and guest hosts in addition to music.

So far, we know Eminem is pegged to be the first guest interviewed by Zane Lowe tomorrow, while Pharrell, Justin Timberlake, Cara Delevingne, Jaden Smith and Dr. Dre himself will be making appearances throughout the launch.

As for the kind of music you can expect, Apple says it will play “everything from old-school hip-hop to futuristic pop,” as well as weekly DJ mixes.

Lowe will be anchoring the station to start, followed by Ebro Darden and Julie Adenuga. You can read more on what Apple’s got lined up at its Beats 1 Tumblr page.

Read next: Apple Music is live: Download iOS 8.4 now to try it

Read next: Hear the first song played on Beats 1 and how it was introduced