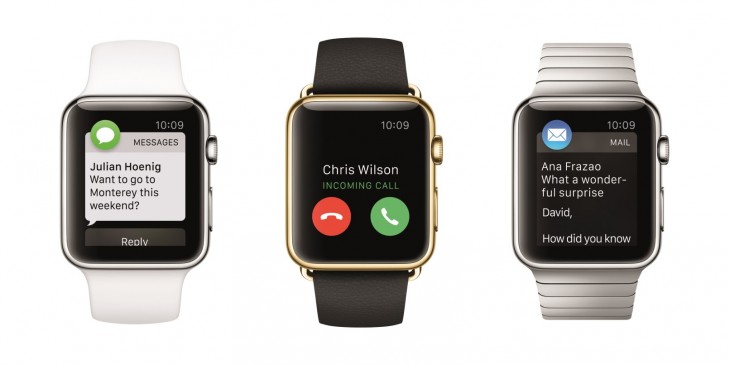 As banners hanging around the WWDC venue already told us, Apple has rebranded the iOS fork that feeds the Apple Watch as watchOS. But the really big news is that the device is getting native apps.

Kevin Lynch presented the enhancements to watchOS. They include:

In watchOS 2, Apple is adding new photo watch faces. Its own creation shows images from around the world which change to show the time of the day.

Complications in watchOS 2 will be opened to developers, allowing them to create their own.

Another new feature called Time Travel allows you to jump through your calendar to look through events coming up.

Night Stand mode, will allow you to see data on your watch while its charging and adds a new alarm function.

Drawings have also got an update and now allowing multiple colors. A more practical addition is that you can now reply to emails directly from your watch and make calls with FaceTime audio.

Siri will now allow you to start workouts. Apple has also expanded the number of achievements available in the fitness app and made them shareable.

Apple Pay on the Watch will support store cards, just as it is about to on the iPhone.

Maps on the watch is gaining transit directions and adding Siri support for those directions. It will also be able to access and show glances.

WatchOS 2 will allow developers to play audio from the speaker and via Bluetooth headphones. It’ll also allow them to display video on the device. They’ll also get access to HealthKit data and to the accelerometer.

HomeKit is getting native Watch support too. Devs will also be able to access the Apple Watch’s Taptic engine.

WatchOS 2 will available to everyone in the Fall. It’s coming to devs in the next two weeks.

Read Next: Everything Apple announced at WWDC 2015 in one handy list