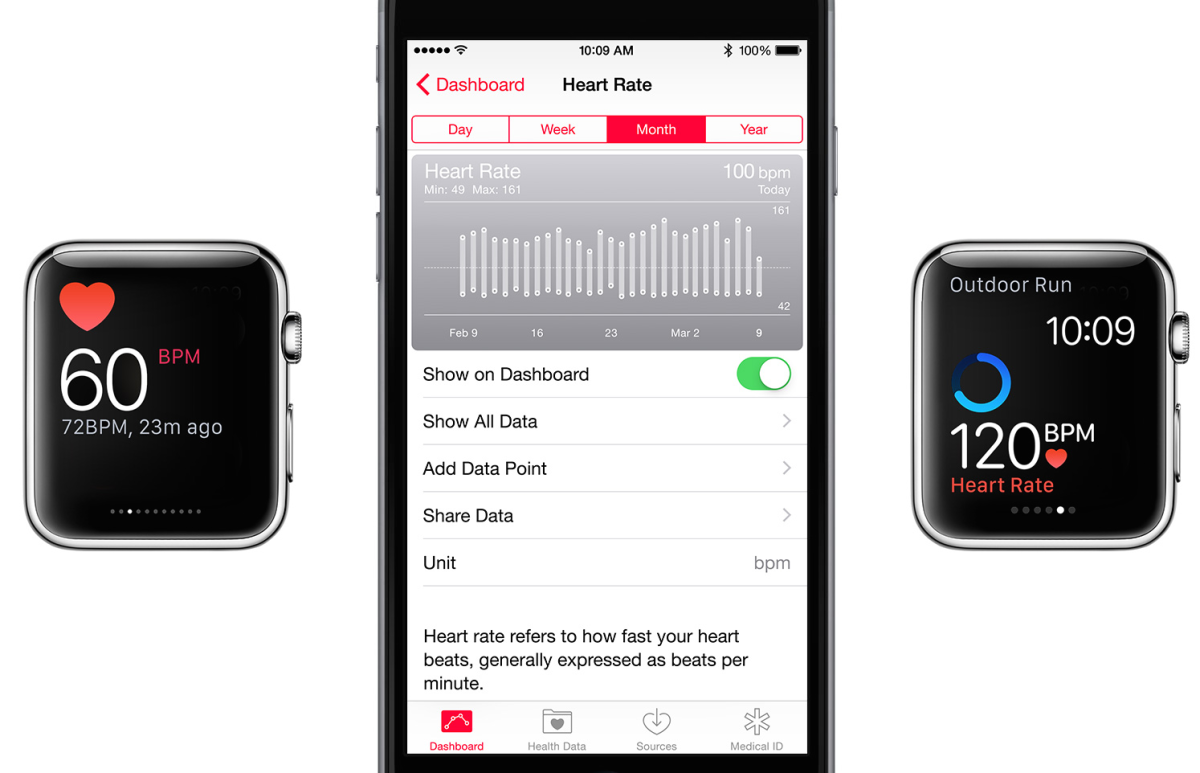 In the latest update of Apple Watch OS 1.0.1, users are reporting that their heart rates are being recorded more sporadically instead of every 10 minutes. Previously thought to be a bug, Apple has now confirmed that this behavior is actually intentional. Huh?

In Watch OS 1.0, the user’s heart rate is recorded every 10 minutes. Now, Apple has clarified to say that in the latest version, the Watch will still do the same, but won’t record anything “when you’re in motion or your arm is moving.”

Which doesn’t make a whole lot of sense, considering that most people would probably be interested in their heart rate changes during cardiovascular exercises, such as running. The same Apple Watch update page even advises that “Rhythmic movements, such as running or cycling, give better results compared to irregular movements.”

9to5Mac alleges that the update was probably made to help conserve battery, at the expense of accurate heart rate measurements.

If you prefer to have the Watch measure your heart rate more frequently, you can force monitor by using the Workout app to record changes every 10 seconds. Doesn’t seem all that smart to have to manually turn this function on, but, you know, ¯\_(ツ)_/¯

Read next: Tech news in Eastern Europe: What happened in May