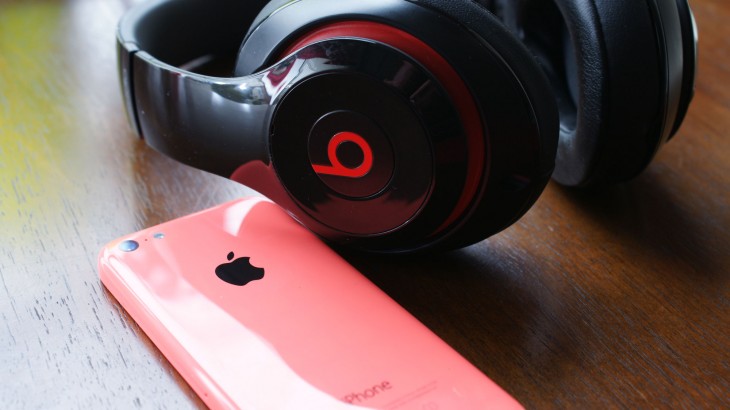 Apple today confirmed plans to acquire Beats Electronics, the maker of a popular line of headphones and a less-popular streaming music service. The purchase price was roughly $2.6 billion in cash with an additional $400 million in stock options that will vest over time, making it Apple’s biggest acquisition ever.

Beats co-founder and music mogul Jimmy Iovine said in a statement that he had “always known in [his] heart that Beats belonged with Apple.” In fact, the company itself drew inspiration from Apple’s combination of culture and technology. Hip-hop legend Dr. Dre and Iovine can now repay the favor as they join Apple.

Eddy Cue, the Apple SVP who oversees iTunes, said the addition Beats will make Apple’s music lineup “even better” by adding a subscription service to its existing Internet radio and online store offerings.

The deal, which is awaiting regulatory approval, is expected to close in Apple’s fiscal fourth quarter, which ends in late September.

News of the deal leaked out earlier in May. A subsequent celebratory video of Dr. Dre, posted by actor Tyrese Gibson, appeared to confirm the acquisition.

Beats Music launched early this year to compete with Spotify, Rdio and Apple’s own iTunes Radio. Earlier today, the service lowered its yearly pricing to $99 and extended its free trial to 14 days.

Read next: Google Camera for Android gets timer, option to take pictures while shooting video, 16:9 aspect ratio, and more