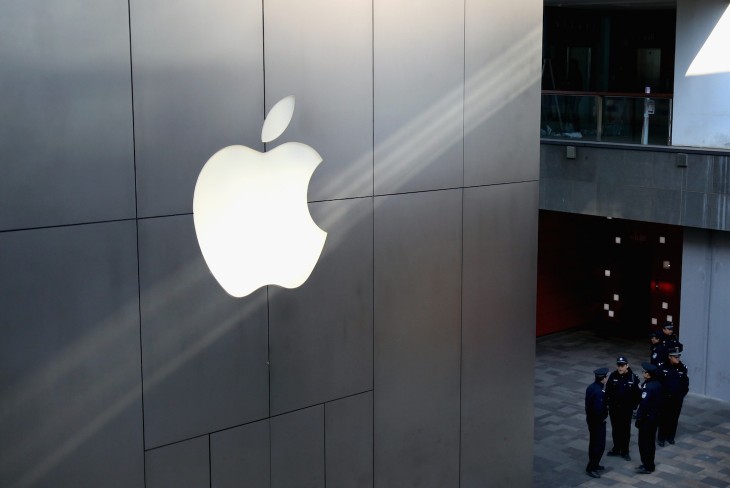 Strong sales of the iPhone 5 pushed Apple ahead of rival Samsung in the US mobile phone market in the fourth quarter of 2012, according to new estimates from Strategy Analytics.

The firm estimates that 52 million mobile phones were shipped in the US last quarter, with Apple taking a record 34% share. Apple led with 17.7 million, up from 12.8 million in 2011. By comparison, Samsung is believed to have shipped 16.8 million during Q4 2012, up from 13.5 million in the year-ago quarter.

LG placed a distant third with an estimated 4.7 million mobile phones shipped in the US last quarter, down from 6.9 percent in Q4 2011. Its market share in the US slipped from 13.7 percent a year ago to 9.0 percent.

“Mobile phone shipments grew 4 percent annually from 50.2 million units in Q4 2011 to 52.0 million in the United States in Q4 2012. The growth was driven by robust demand among consumers for 4G smartphones and 3G feature phones, ” Neil Shah, Senior Analyst at Strategy Analytics, said.

Samsung did end up with the lead for the whole year, though, with an estimated total of 53 million compared to Apple’s 43.7 million. Last year was a tough economic climate for the mobile market, as shipments contracted from 186.8 million units in 2011 to 166.9 million in 2012.

“Apple’s success has been driven by its popular ecosystem of iPhones and App Store, generous carrier subsidies, and extensive marketing around the new iPhone 5 model,” said Neil Mawston, the firm’s Executive Director.

By taking the lead in the US mobile phone market for the first time, Apple broke Samsung’s winning streak, which had persisted since 2008. As the two biggest players, Apple and Samsung could seesaw back and forth over the next few quarters as they ride seasonal surges from flagship device launches. Samsung should see a spike later this spring when it releases the expected follow-up to its Galaxy S III.

Last week, Apple reported worldwide sales of 47.8 million iPhones for the December quarter. It posted $54.5 billion in revenue and $13.1 billion in profit. Samsung doesn’t report specific handset numbers, but it did post record profit of $8.3 billion on $52.4 billion of revenue last quarter.