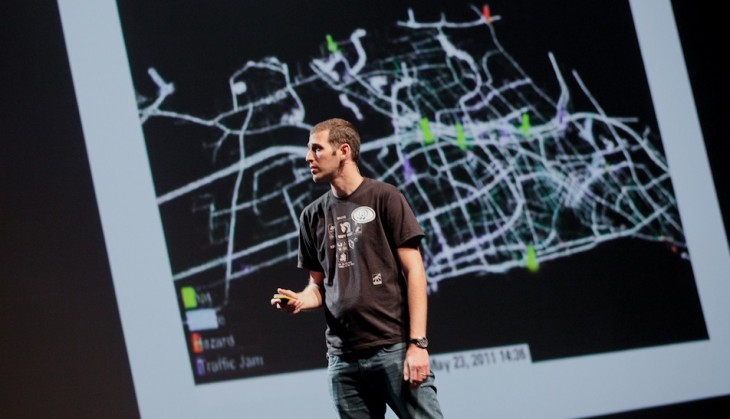 The talk about Apple and Waze over the past few days has been interesting.

First, it was rumored that Waze was to be acquired by Apple and that the negotiations were ‘advanced’. This story, though reported on Techcrunch, actually showed up first on an Israeli blog. Waze is an Israeli company. So far so…ok.

Then the fact that the deal was going through was debunked in separate stories, both citing anonymous sources. Earlier today, we even published a story about it based on multiple sources that said the deal was not happening, but that talks had broken down over price.

So, who to believe?

There are a few issues at play here, and they paint a picture that is getting clearer by the day. Simply put, it feels like a relatively hot startup with ties to Apple, or its interested parties, found itself uniquely positioned to build up a nice frothy head of press centered on an acquisition rumor. And it took advantage of it in spades.

Did Waze talk to Apple? Probably. They’re a data partner that provides mapping information and they likely had many chances to sit down and chat. Were those talks about acquisition? Sources close to Waze say yes, Sources close to Apple say no.

When stuff like this happens, the most likely explanation is negotiation poker.

A startup (or its investors) start jockeying for purchase and it either makes minor talks sound more advanced than they are or grossly inflates the price in the hopes that it will make it easier to get a solid exit for investors. If that’s the case, then Waze has been subtly, or not so subtly, making sure that rumors of talks, money and more make their way out through sources to media people.

Given the (several) sources that were tapped by TNW’s Matt Brian for his article earlier today were varied, it seems unlikely that they’re part of some secret cabal that is aiming to increase the value of Waze for other potential suitors.

But anything is possible. We’ve seen it happen before and it will probably happen again. It’s one of the reasons that we try to get as many sources as possible before we report a rumor and why we take it so seriously when we get conflicting information that we believe to have merit.

If Waze is in the market to sell, then it obviously wants the most amount of money possible, and it will use negotiating tactics like leaks to make itself as appealing as possible to investors. And if Apple is interested, then it’s in its best interests to dampen these rumors so that the price of any future acquisitions isn’t inflated by any public talk about valuations. Oh, and there’s always the fact that Microsoft is a Waze investor to put a wrinkle in the topic.

But if Apple is interested in Waze, it’s not telling, at least not for now. We’ll continue to keep our ear to the ground.