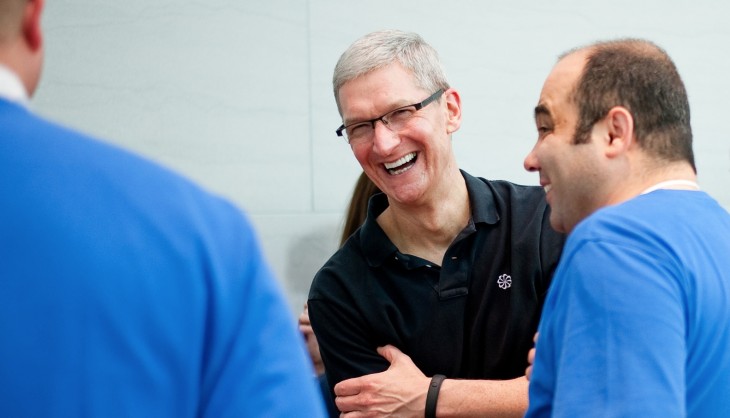 Apple CEO Tim Cook’s first television interview ‘of its kind’ that he’s ever granted, was conducted with NBC’s Brian Williams, and will be aired on December 6th on NBC’s Rock Center broadcast. Williams says that he spent the day with Cook in the preview clip below.

He says that he was able to walk across Grand Central basically unrecognized, unlike Steve Jobs. “Once we got to his Apple store,” says Williams, “that all changed, of course, as devoted fans approached him and treated him like a rock star.”

Cook was interviewed by Williams in Apple’s Grand Central Terminal store for the segment, which will air next week.

Read next: WebRTC plus Social API: Mozilla demoes browser sharing in Firefox like you've never seen it before