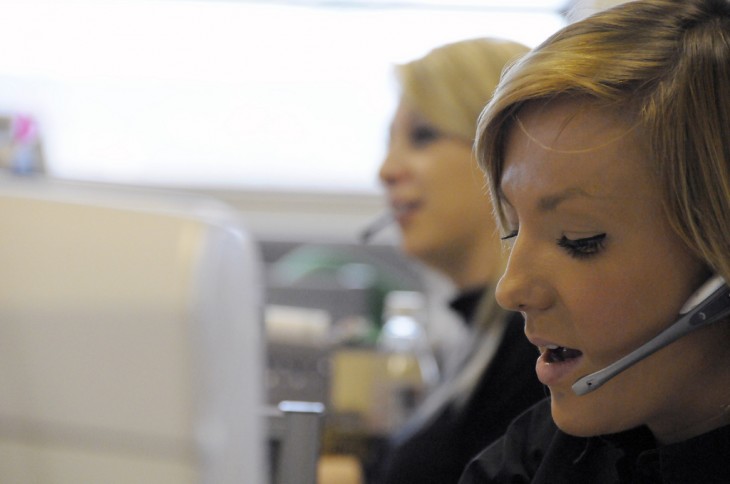 Like many other major technology companies, Apple employs an automated system to ask questions, identify issues and put callers through to the right person – who might be able to help.

Often, it can feel like you are taking part in the world’s longest question and answer session – but help is at hand.

It turns out that the automated system that Apple uses (but isn’t limited to just this company) is programmed to listen for signs of distress. If that additional menu option is one too many and you unleash a volley of terse language down the phone, it will immediately connect you with a real person.

One Reddit user found this out when he dropped an F-bomb while on a call to Apple support. As soon as the phrase was registered, it “cut itself off in mid-sentence, apologized, and in about 10 more seconds [he] was talking to an Apple tech.”

This behaviour isn’t new, Interactive Voice Response (IVR) systems are often programmed to listen out for certain keywords that might indicate they are about to lose a customer. By monitoring calls and immediately connecting a frustrated caller, the company may be able to reduce the number of complaints is receives and retain the caller’s custom.

Should you use this tactic every time you call Apple? It’s not advisable, especially as it isn’t likely to speed up the process.

Replying to the original thread, another Reddit user — a person that said he had worked as a Quality Assurance representative for AppleCare — says that swearing or pressing zero will connect you with a real person, but he/she will only be a “call director,” who will apologise and the transfer you back to the correct queue.

It’s a tip that has been known to work with many telephone systems over the years, but it’s the first time we’ve heard it works with Apple’s automated system.

The more you know.

Read next: Rovio: Angry Birds soda is the best selling drink in Finland – "Ahead of Coke and Pepsi"