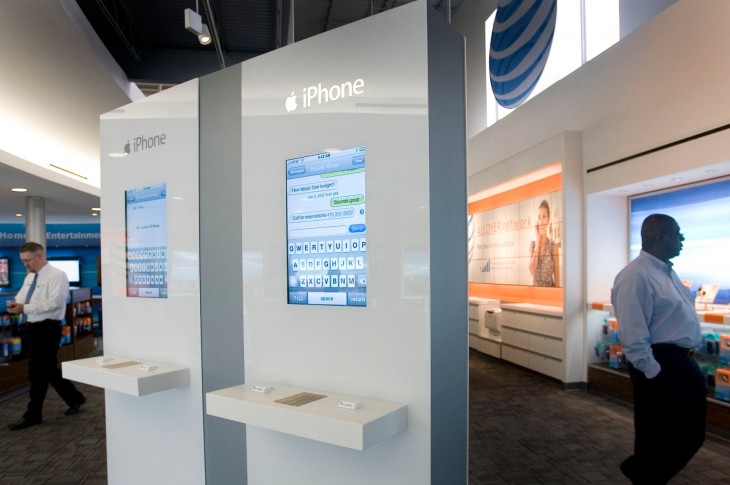 That still means that 3G customers with iPhone 4S devices are still out of luck, however and are required to be on one of AT&T’s mobile share plans or on WiFi in order to use the service.

Customers with an LTE device on any tiered data plan will be able to use FaceTime over cellular, at no extra cost. Note that because AT&T specifies tiered, that likely rules out customers with grandfathered unlimited data plans that have upgraded to LTE iPhone 5s. The FaceTime over cellular feature will still be accessible to 3G customers as long as they use a Mobile Share plan or a WiFi connection. The functionality will roll out over the next 8-10 weeks.

Note that this extension also covers LTE iPads, which can now use FaceTime over cellular.

AT&T notes that FaceTime over cellular is still available to all deaf and hard of hearing customers on special plans, which were available as of October 26th.

AT&T’s Jim Cicconi blames the slow rollout on concerns about network performance. “We decided to take this cautious approach for important reasons.  AT&T has by far more iPhones on our network than any other carrier. We’re proud of this fact and the confidence our customers have in us.”

He also hints that FaceTime will come to other plans in the ‘near future’:

We will continue to gather and assess the network data on this issue over the next few months and anticipate that we will be able to expand the availability of FaceTime to our customers on other billing plans in the near future.

“The law is clear,” said Free Press Policy Director Matt Wood. “AT&T cannot block FaceTime based on claims of potential congestion. There’s  nothing even remotely reasonable about that approach. AT&T simply can’t justify blocking an app that competes with its voice and texting services unless customers purchase a more expensive monthly plan that includes an unlimited amount of those very same services. AT&T’s course correction is a move in the right direction, but until the company makes FaceTime available to all of its customers it is still in violation of the FCC’s rules and the broader principles of Net Neutrality.

So, for iPhone 5 and iPad users on LTE, this is good news, as you can now use FaceTime on any connection, just as nature intended. Unfortunately, it’s incredibly petty of AT&T to not extend this to  iPhone 4S customers on its network as well. There’s no reason that FaceTime over 3G can’t work just as well on a tiered data plan as it does on a Mobile Share plan. It’s a blatant grab for more money, and it sucks. Hopefully whatever plans it has to expand this ability come to fruition sooner, rather than later.

Read next: Why Facebook ditched Hadoop's MapReduce and built a better mousetrap called Corona to handle its data